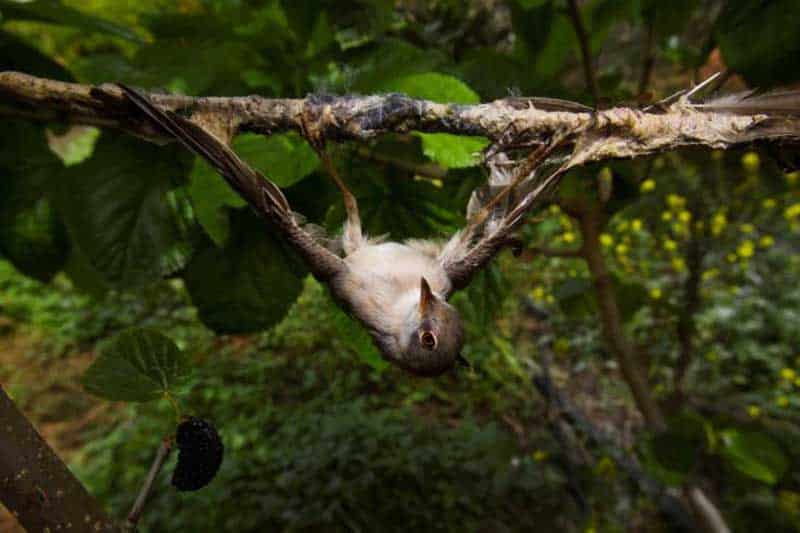 Changes to the hunting law that are due to be discussed at the House on Wednesday have been described by critics as “pandering to poachers”.

They said proposed changes to the current law set to be discussed by the House environment committee were extremely dangerous at a time where the situation of illegally killing birds was already out of hand.

Director of BirdLife Cyprus Martin Hellicar said one of the propositions is to introduce a new offence against people that are a ‘hindrance’ to hunters.

Though the amendment would concern “legal hunters”, Hellicar said this was a “very worrying” proposal and “there is no logical reason” to indicate this is needed.

“It leaves it wide open for abuse. If I go for a walk with my dog and I decide to sing, in theory, I might get done if a hunter decides to report me.

“It sends the message that hunters are above the average person.”

The reasoning behind this amendment however is far more sinister, Hellicar suggests.

According to BirdLife Cyprus’ director, the move is an attempt to prosecute activists, who often travel from across Europe to fight against those illegally hunting, often found in Larnaca and Famagusta.

Another proposal concerns reducing on the spot fines for those found illegally hunting to €200, which is “completely decriminalising the use of limesticks,” Hellicar added.

As the law stands now, fines can range anywhere from a few hundred euros but accumulate to the thousands as every offence can be liable to a fine, Animal Party leader Kyriacos Kyriakou said.

On Tuesday night animal rights activists gathered outside the House to protest against the amendments.

“We are protesting against a decision they have already taken to increase the number of hunting dogs from two to four, and the proposals they will discuss tomorrow. These things are unacceptable.

“Parliament shouldn’t accept pressure to vote for legislation that satisfies the interests of a handful of people before elections,” Kyriakou said.

MPs are also set to discuss the possibility of granting licenses for the training of hunting dogs during the months of March to May, causing great disturbance to birds during their nesting period, a statement by BirdLife Cyprus said.

“These are disastrous changes,” Hellicar added.

Natasa Ioannou from Friends of the Earth Cyprus, told the Cyprus News Agency “we are witnesses to yet another absurd act as far as protecting nature is concerned.”

The bills do not deter illegal activity with the use of fines nor do they set limits on hunting activities, she added.

“Never, in any other state, has walking in nature been ‘policed’ by hunters that suggest the average person who enjoys nature is interfering will hunting activities and affects the prey. Nature is a right to everyone.”

Last month, 3,000 people protested in Paralimni against a total ban on trapping song birds with lime sticks – branches covered in sap that the birds stick to – and nets. They were backed by Paralimni mayor Theodoros Pyrillis who warned activists that should they continue operations in the area, people would take matters into their own hands.

Tuesday’s demonstration was aimed to send “a loud message to the House of Representatives against these proposals that are being promoted by specific MPs in closed sessions, with the aim of satisfying a large proportion of hunters, but disregarding fully the fact that these proposals promote poaching and illegal trapping, violate environmental and social justice and bring us one step closer to sanctions being imposed by the European Commission,” BirdLife Cyprus said.

MPs are “sending out a terrible message that it’s ok to approve illegal bird trapping with a huge impact on migrating birds.”

Asked if they believed changes could come about, Hellicar said, “our arguments are right, we have the weight of the public which is currently a silent majority, the weight of public opinion and European law.”

“We will be watching tomorrow (Wednesday).”

Our View: Exam leak been blown out of proportion