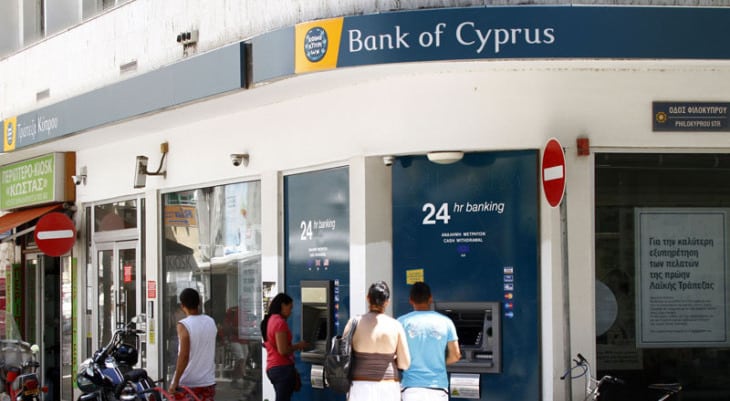 Capital Intelligence, the Limassol-based rating company, said that it revised Bank of Cyprus’s outlook from stable to positive and affirmed the financial strength rating of B+ citing an expected reduction in the bank’s delinquent portfolio as the economy improves.

The rating is supported by the largest Cypriot lender’s leading market position, improved funding and liquidity, its “strong non-interest income generation and sound cost-to-income ratio” amid continuous deleveraging, Capital Intelligence said. “The financial strength rating remains primarily constrained, however, by what is still a very high non-performing loans ratio which is the case with most banks in Cyprus. The downward trend in net interest income and operating profit in 2017, the impact of first half of 2017 net losses on the capital base, and high provisioning and restructuring costs are expected to remain rating constraints until there is greater loan volume growth and non-performing loans are reduced to a much lower level”.

Early this year, the bank fully repaid its emergency central bank funding, had its stock listed at the London Stock Exchange and issued a tier-2 bond. In the first six months of the year, the bank which reduced its non-performing loans ratio to 50 per cent or €9.8bn from once 67 per cent announced an increase in provisions for loan impairments by €500m to €4.6bn. This resulted in net losses for the period of January to June of €554m, against a net profit of €56m in the respective period of 2016.

The rating company said it expects Bank of Cyprus’s delinquent loan stock to decline and that improved property market conditions will help it sell immovable assets obtained as part of loan restructuring agreements at a faster rate.

Wilbur Ross misled Forbes about his wealth, taken off list