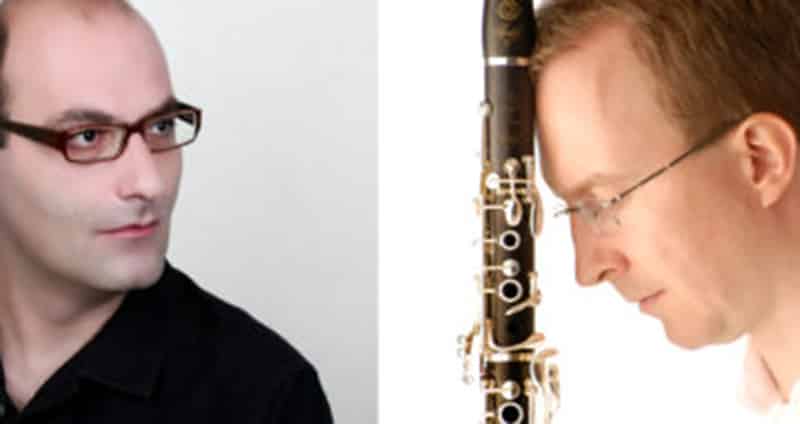 The sounds of a clarinet will perfectly entwine with those of a piano next week in Paphos, when clarinettist Karel Dohnal and Cypriot pianist Kyriacos Kyriacou will perform together under the title Europe meets the Mediterranean.

The concert, part of the European Capital of Culture Pafos2017 events, will begin a musical journey in central Europe reaching as far as the eastern shores of the Mediterranean, shifting and changing from the classic works of Schumann and Poulenc to the light, Mediterranean flavoured and folklore works by different composers. By the time the musical journey comes to an end, the melodies will have tangled together perfectly to create a true music experience which has no boundaries or distances.

Dohnal, who is a graduate of the Conservatory in Ostrava and the Academy of Performing Arts in Prague, is a tireless promoter of the clarinet who has spent his entire career demonstrating that the technical and expressive potential of the clarinet makes it equally as important as the violin, the piano or the cello, despite the fact that the available repertoire for the clarinet is rather meagre. Firmly focused on his goal, the clarinet player reveals works that have been previously neglected by playing them alongside other prominent works.

As a soloist, Dohnal has performed works by Carl Nielsen, Krzystof Penderecki, Aaron Copland and other composers, and he has played to audiences in Europe, Asia, North and South America. He has also performed in chamber recitals, as well as under the accompaniment of orchestras, such as the Prague Philharmonia, the South Czech Chamber Philharmonia, the Belgrade Philharmonic Orchestra, the Talich Philharmonia Prague and other ensembles. He has also performed alongside famous soprano Edita Gruberova at the Prague Spring International Music Festival.

Dohnal is a laureate of international clarinet competitions, such as Prague Spring, Premio Valentino Bucchi in Rome and Dos Hermanas in Seville.

Kyriakou, from Limassol, took his first piano lessons at the age of seven at Dr Nefen Michaelidou’s Music School. He performed his first recital in Limassol at the age of 12, after which he was invited to perform in a number of Cyprus Broadcasting Corporation programmes. The pianist won the second prize in Evaggelia Tziarris’ First Pancyprian Piano Competition in Larnaca (in the age 14-18 category), and in 1995, he represented Cyprus in the International Music Festival at Belfort, France.

In 1994 he began his intense studies of the piano with professor Zbynek Maruska and then went on to study at the Charles University of Prague, where he obtained his Masters of Arts in Performance and Pedagogy with honours.

Kyriakou has recorded a Janacek piano album, Po zarostlem chodnicku (on an overgrown path), for the Czech Broadcast Corporation. In 2003 he was awarded a scholarship from the AG Leventis Foundation to participate in the Fifth International Piano Festival in Oxford, where his talents stood out. He has appeared in prestigious concert halls in Prague and has held concerts in Greece, Poland, United Kingdom, Hungary and Cyprus.

No outside interference in police recruitment, Nicolaou says