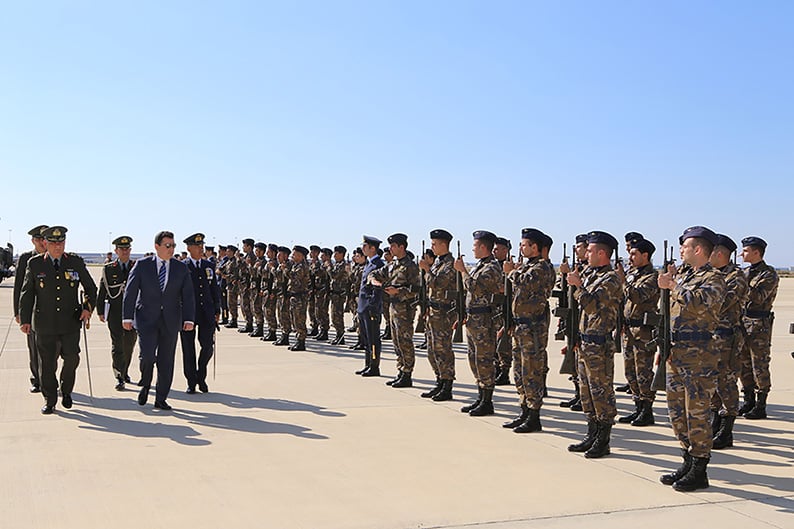 The Cabinet on Wednesday approved a proposal for Cyprus’ participation in the permanent structured cooperation (PESCO) mechanism, an EU tool aiming to increase defence cooperation among member states.

The move came two days after President Nicos Anastasiades met with French President Emmanuel Macron in Paris. France and Germany are leading the way in pushing to increase such cooperation across the bloc.

According to an announcement from the defence ministry, the Cabinet has authorised Defence Minister Christoforos Fokaides to notify the Foreign Affairs Council in Brussels of Cyprus’ intention to participate in the establishment of PESCO.

Introduced by the Treaty of Lisbon, PESCO is the most important initiative in promoting the establishment of a European defence policy, the announcement continues. It aims to provide member states with the possibility to undertake additional commitments within the EU’s Common Foreign and Defence Policy.

Among others, member states will have to increase their defence budgets, invest in research and technology and enable the deployment of European formations by making available means, capabilities and infrastructure.

The EU’s strategic autonomy will be enhanced and the European technological and defence base will be strengthened through member states’ participation in common armament programmes, it is added.

After notifying the EU, member states also need to submit a national implementation plan regarding their commitments, while the Council will take a decision with qualified majority to establish permanent structured cooperation within three months.

Speaking on Wednesday in Paphos, Fokaides said this was a very important decision with “obvious” benefits for Cyprus. The more the EU enhances its capabilities to defend Europe’s common security, the more Cyprus should feel secure, he said. Moreover, he noted that

Europe’s defence presence in Cyprus increases deterrence against any intervention on the island.
According to the minister, Cyprus will make available the military base in Paphos and the naval base in Zygi, along with other facilities. He also announced that both bases are being upgraded and will be equipped with electronic surveillance systems soon.