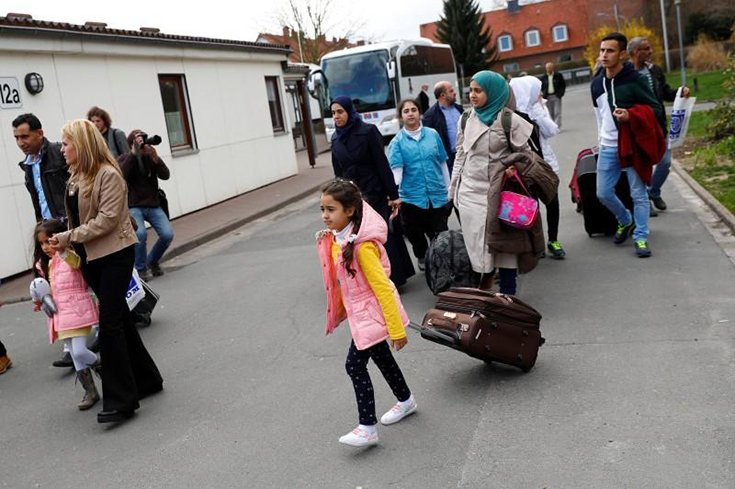 The far-right Alternative for Germany (AfD) party called on Thursday for the repatriation of half a million Syrian refugees living in Germany, saying the war there was nearly over and that President Bashar al-Assad had urged refugees to return home.

Earlier on Thursday, Syria’s army declared victory over Islamic State, saying its capture of the jihadists’ last town in the country marked the collapse of their three-year, hardline reign in the region.

However, fighting is continuing in many areas, the United Nations says, in a complex civil war in which millions have been killed or forced to flee their homes, many to neighbouring countries or to Europe.

The AfD’s proposal for repatriating Syrian refugees is its first since it swept into Germany’s lower house of parliament, the Bundestag, in September’s federal election on an anti-immigrant platform.

It is the third largest party in the new Bundestag but the proposal is very unlikely to win approval as mainstream parties including Chancellor Angela Merkel’s conservatives, the biggest bloc, have refused to work with the AfD.

In its proposal, the AfD said the new German government should immediately start talks with Syrian authorities over a deal to repatriate the refugees.

“This deal should ensure that the returnees will be accepted in Syria and accommodated only in safe areas,” the AfD said in a statement adding that Damascus must guarantee not to persecute citizens who escaped the military draft.

The proposal said Syrian refugees’ children in Germany should now be taught the Syrian school curriculum, either by Syrian teachers already resident in Germany or by teachers sent by the Syrian government for this purpose.

The statement, signed by the two party leaders Alexander Gauland and Alice Weidel, said the Syrian government should work with Germany to finance the repatriation, which they said should be free for the individual refugees.

The Greens party, which is expected to join Merkel’s new conservative-led coalition, said the AfD proposal showed the party to be “irresponsible, inhumane and heartless”.

“No subject is too abysmal, no populism is too dirty for you. Shame on you!” Greens politician Luise Amtsberg said on her Facebook account, commenting on the proposal.

Immigration is one of the difficult issues where Merkel’s conservative bloc, the left-leaning Greens and the pro-business Free Democrats (FDP) are struggling to forge a common stance in their coalition talks.

Since the beginning of the year, some 156,000 people have applied for asylum in Germany, more than 25 percent of them from Syria, making them the biggest national group, data from the Federal Interior Ministry showed on Thursday.