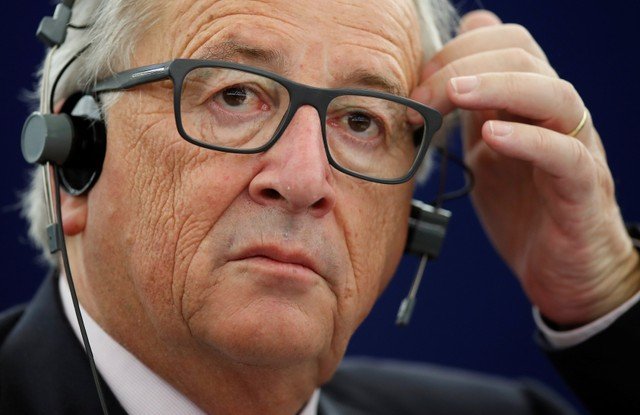 European Commission President Jean-Claude Juncker on Thursday called on Europe to stand up against separatism at a time when the Catalan independence push has deeply divided Spain.

The standoff between Madrid and supporters of Catalan independence, triggered by a banned Oct 1 referendum splitting with Spain, has stirred separatist feelings far beyond Spanish borders.

“Nationalisms are a poison that prevent Europe from working together”, said Juncker in a speech at a university Spanish city of Salamanca, where he received an award.

“We cannot stay with our arms crossed because it is time for us to do what needs to be done. I say ‘no’ to any form of separatism that weakens Europe and further widens the existing fissures.”

Puigdemont had ambitions to garner support for his independence campaign in the heart of the European Union and has appealed for EU intervention, which so far has not been forthcoming.

The secessionist drive has dragged Spain into its worst political crisis since the return of democracy four decades ago.

The Catalan parliament’s speaker and five lawmakers are appearing on Thursday before Spain’s Supreme Court in Madrid to answer charges of rebellion and sedition for their roles in staging the referendum.

The European Union is also currently facing a huge challenge to its unity in Britain’s impending exit from the bloc. The Spanish dispute also bears some similarities with the battle for Scottish separation, which culminated in a 2014 referendum that narrowly rejected independence.

Spanish Prime Minister Mariano Rajoy, who was with Juncker in Salamanca, thanked him for his support “in such difficult times.”

“Juncker has supported the Spanish government’s actions, has expressed his respect for our constitution, our laws and our legal system,” he told students and professors at the event.