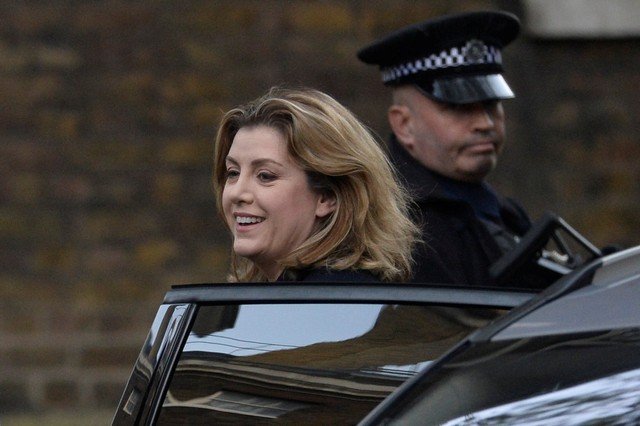 British Prime Minister Theresa May appointed a strong Brexit supporter as aid minister on Thursday following a resignation that left her struggling to ward off open conflict in a cabinet divided over leaving the EU.

May is grappling with crises on several fronts. Her team is struggling to make headway in exit talks with the European Union, several ministers are embroiled in a wider sexual harassment scandal and her ability to command a majority in parliament is facing its most serious test.

Penny Mordaunt, 44, who has previously held junior ministerial roles, had a short meeting with May at Downing Street during which her appointment as the new International Development Secretary was confirmed.

Patel’s resignation forced May into her second cabinet reshuffle in a week after former defence minister Michael Fallon resigned in the sexual harassment scandal that has also led to investigations of two other ministers including May’s deputy.

Mordaunt was elected in 2010 to represent the southern English coastal city of Portsmouth, where she also serves as a volunteer reservist for the Royal Navy. She has argued the EU is a failing institution and that leaving would help make Britain safer.

Until Thursday’s appointment, Mordaunt held a junior ministerial post with responsibilies for disabled people, health and work within the Department of Work and Pensions.

The instability in May’s top team adds to what is already a difficult political situation.

An ill-judged snap election in June cost her party its majority in parliament and has sapped her authority at a time when she is trying to heal deep divisions within her own party and negotiate Britain’s departure from the EU.

The European Parliament’s Brexit negotiator doused hopes that those negotiations were nearing a breakthrough, saying “major issues” must still be resolved on safeguarding citizens’ rights.

A fresh round of negotiations between Britain and the European Commission began on Thursday.

Progress in Brussels is vital to help May keep onside nervous businesses who say they urgently need to know what will happen when Britain leaves the bloc; otherwise they will be forced to start triggering contingency plans. On Wednesday, EU envoys discussed delaying the launch of talks with London on a post-Brexit relationship to next year.

Sixteen months after Britain narrowly voted to leave the EU in a referendum, opinions are still split over Brexit at every level from voter to minister.

Although May and her cabinet are united in their intention to take Britain out of the EU, her ministerial team is seen as a delicate balancing act between lawmakers who are still identified as ‘remainers’ or ‘leavers’ according to how they voted in the referendum.

In replacing Patel, an outspoken leaver, with another Brexiteer May looked to maintain that balance.

The promotion of a junior minister could also help placate younger members of the party, many of whom are angry at her mishandling of the snap election campaign and feel they should be given a chance to regenerate the party’s support.

Failure to satisfy the party is seen as a risk to May’s future as leader. She is reliant on uniting all her lawmakers to pass legislation, including the laws needed to enact Brexit which will be up for debate in parliament next week.

If she is unable to prove her ability to pass legislation and govern effectively, the Conservative party – historically intolerant of weakened leaders – could seek to replace her, although there are currently no clear candidates to do so.