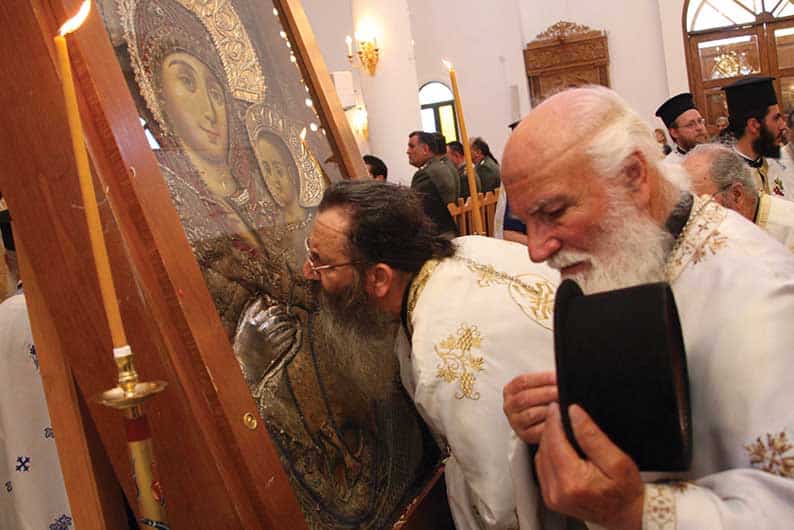 The service will take place in Nicosia

A liturgy is to be performed next week in sign language for the first time ever in Cyprus, aiming to include the deaf in the holy mysteries of the Greek Orthodox Church.
A theologian will travel from Greece at the invitation of the Bishopric of Tamasos and Orinis to simultaneously interpret the liturgy into sign language for the deaf people who will attend. The service will take place on Sunday, November 19 at the church of Ayios Ioannis Chrysostomos in Lakatamia, in the Nicosia district.
According to the church’s priest Father Kyriacos Kasparis, initially the bishopric will bring the theologian over once per month, increase to once per fortnight and on major religious holidays depending on his schedule.
“This arrangement is aimed at satisfying the needs of the deaf faithful who have never had the opportunity to follow a liturgy and have someone explain to them the deeper meanings in their own language,” Father Kyriacos told the Cyprus Mail.
This will be the first time, he said, that deaf people will have the opportunity to participate more actively in divine liturgies.
He added that the theologian will stand on a podium to be visible to as many people as possible, and will simultaneously interpret in sign language.
“He will not translate but interpret in sign language the theological meaning of the liturgy and sermon,” Father Kyriacos said. After the liturgy, the deaf will be offered breakfast in the church hall and have the opportunity to ask questions through the theologian about everything they would like to know about faith.
“All that we are supposed to know about our faith, they will learn for the first time,” Father Kyriacos said.
He added that around 17 people have expressed interest in attending so far, but that he expects that the number will increase. “We have already invited several people and informed deaf organisations and we have also made announcements in the media,” he said.
At the same time, the bishopric has invited a Cypriot woman who is an expert in sign language to learn the sermon and liturgy interpretations of the Greek theologian so that she can eventually take in his place when he is not able to travel to Cyprus.
If all goes well, the next step, he said, will be a Sunday school for deaf children.