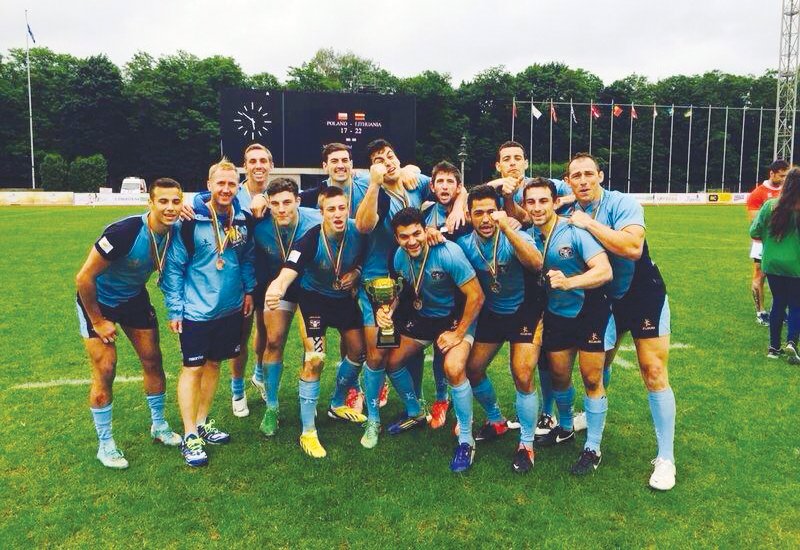 The Cyprus national rugby side take on Austria in their first home game of the season on Saturday in Paphos.

The Moufflons were relegated to European Rugby Conference Division 2 South following a narrow 29-27 defeat, in extra time, to Croatia in May.

Now lodged in a group that contains Serbia, Slovenia, Slovakia, and Austria, the Moufflons – holders of the world record for successive winning international games (24) – are not in unfamiliar territory.

With the exception of Serbia, the Cypriots have encountered and twice defeated the remainder on their ascent through the European Divisions.

Austria, with decades of playing experience, and drawing players from a population eight times that of the Republic of Cyprus, have never beaten the Moufflons.

The home side is drawn from the smallest pool of registered players in Europe, estimated to be less than 100.
By comparison, Austria has 1747 players registered, Malta 540 and at the other end of the spectrum the UK has nearly 200,000.

The supporters of rugby in Cyprus believe they have to deal with an unusual problem. Why does a team as successful as the Moufflons receive so little government support, and why are they generally ignored by the media and sports authorities?

It is claimed by many sportsmen that the country is in thrall to football – a game that is despised by many, publicly condemned for its corrupt and immoral practices, sets an appalling example to children and yet receives a disproportionate share of the public purse.

This is at best questionable and is not limited to the clubs. The recent levels of corruption exposed by the FIFA scandal may be the reason why rugby is now the fastest growing team sport in the world and why so many parents take their children to the rugby academies that flourish in Nicosia, Limassol and Paphos, with another soon to be established in Larnaca, to experience the Corinthian standards for which the sport is renowned.

National coach Andrew Binicos, a Cypriot raised in the anvil of South African Rugby in Natal, believes more attention must focus on the club academies and school competitions.

“We can never take a team as well organised as Austria for granted. They draw from a larger pool of players, and my predecessor, Paul Shanks, always advised caution when engaged with them,” he said.

“They are well schooled and match-fit. It’s early in the season, which can be a problem when the players can’t get enough match practice.
“But I am pleased with the dedication the lads have shown in training and although it is a while since we played Austria, I expect a good result and a good game.”

The match kicks-off at 2.30pm at the Paphiacos stadium and entry costs 10 euros including program.