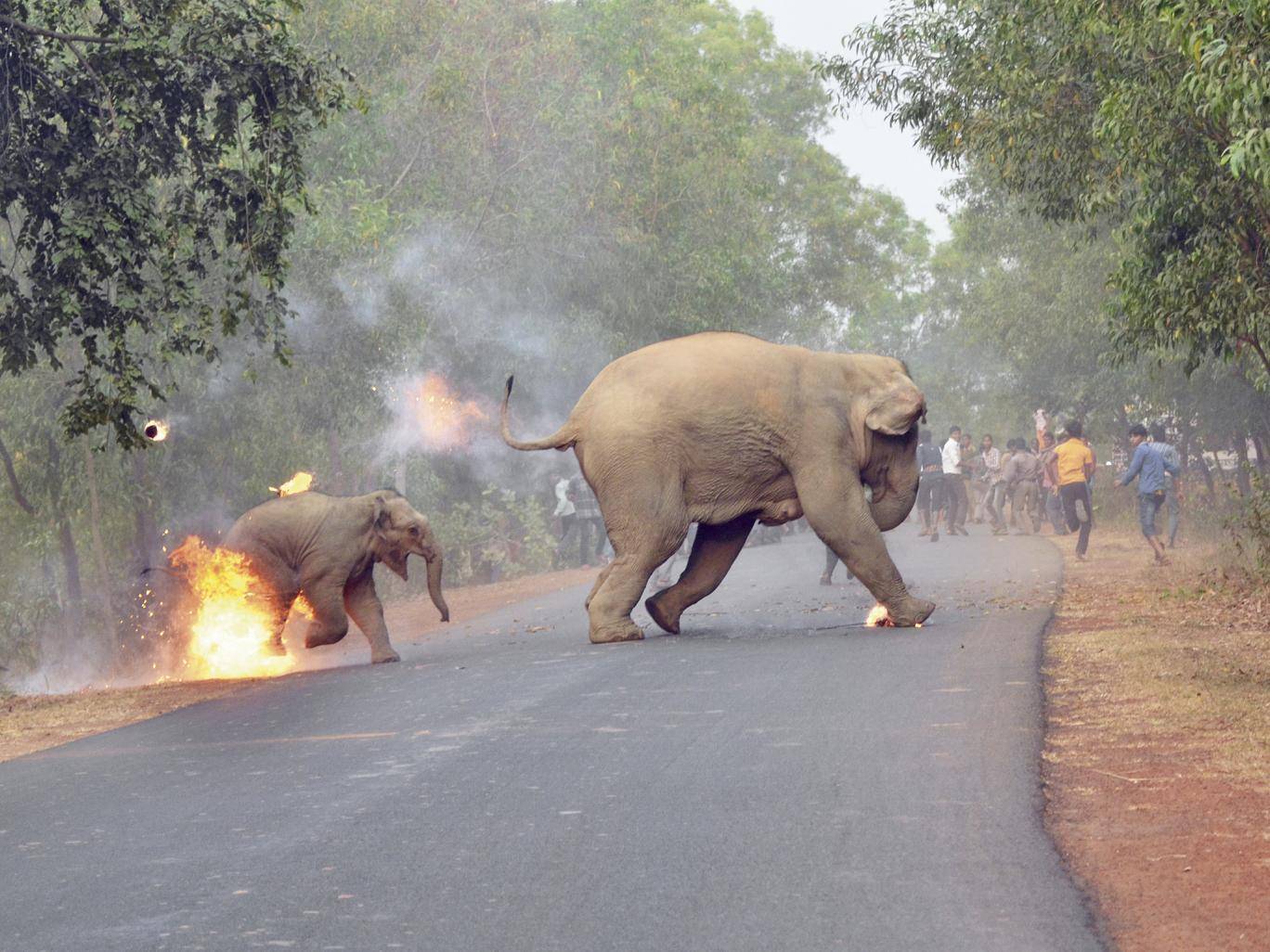 A photograph of an elephant and her calf fleeing a mob, fire bombs at their feet, has sparked a debate in India about the rising conflict between humans and animals for land as wildlife habitats come under mounting pressure.

The picture, shot in Bankura district in the eastern state of West Bengal, won Biplab Hazra the award for wildlife photographer of the year from one of India’s leading conservation outfits, Sanctuary Nature Foundation.

Titled “Hell is Here”, the picture “conveys today’s reality, where animals that we once prayed to as gods, we are now throwing fireballs at,” said Nayan Khanolkar, a wildlife photographer who was one of the judges.

“Our fields, our mines, are encroaching on animal habitats. It is this demand for land that is causing the conflict; but where else will we go for land?”

Elephants in India, numbering about 30,000 in the wild, are an endangered species. While revered as a cultural and religious icon, they are also hounded when they wander into human settlements, damaging crops and homes, and trampling people.

More than 300 people are killed every year by elephants, the forest department estimates.

At the same time, scores of elephants die from poaching, road and train accidents, electrocution and poisoning, as unplanned development and encroachments have led to fragmentation of forests and loss of habitat.

Land reserved for wildlife including tigers, elephants and rhinoceros is also inhabited by tribal villagers, and hundreds have been evicted in violent clashes recently as states refused to grant rights to indigenous people and forest dwellers.

A social media campaign #GiantRefugees earlier this year drew attention to the conflict between elephants and humans in eastern India.

Hazra, a wildlife enthusiast who owns a brick kiln, said he hopes his picture will make people think more carefully about this inevitable stand-off.

“The elephants are being forced out because we want more land,” he told the Thomson Reuters Foundation.

“But how can people stand by and do nothing when their homes and crops are being destroyed?”

Louis Vuitton designer apologises for comments on US protests