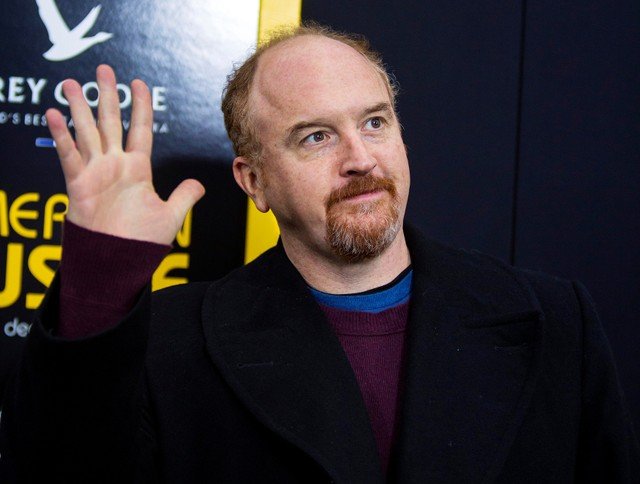 Five women detailed sexual misconduct allegations against Emmy-winning comedian Louis C.K. in a New York Times report published Thursday, including three who said he had masturbated in front of them.

In the New York Times article, C.K.’s publicist Lewis Kay said the comedian “is not going to answer any questions” from the publication.

Kay said in an email to Reuters on Thursday that C.K. will issue a written statement “in the coming days.” Reuters was unable to independently confirm any of the allegations.

In the Times article, C.K. had “dismissed stories of his alleged sexual misconduct as ‘rumors,'” when the Times had interviewed him about his latest film “I Love You, Daddy” at the Toronto International Film Festival in September.

The New York premiere for “I Love You Daddy” was scheduled for Thursday and abruptly canceled before the Times’ story was published.

“In light of the allegations concerning Louis C.K. referenced in today’s New York Times, we are cancelling tonight’s premiere of ‘I Love You, Daddy.’ There is never a place for the behavior detailed in these allegations,” the film’s distributor, The Orchard, said in an emailed statement to Reuters.

The film company added that it is “giving careful consideration to the timing and release of the film and continuing to review the situation.”

Twenty-First Century Fox Inc’s FX Networks said in a statement that it was “obviously very troubled by the allegations” published in the Times.

“The network has received no allegations of misconduct by Louis C.K. related to any of our five shows produced together over the past eight years,” the network said. It added that “the matter is currently under review.”

Time Warner Inc’s HBO said in a statement that C.K.’s past projects with the network, including 2006’s “Lucky Louie” series, would be removed from its on-demand services. HBO said that C.K. will no longer participate in the Nov. 18 televised “Night of Too Many Stars: America Unites for Autism Programs,” hosted by Jon Stewart.

Two of the women in the New York Times article, comedians Dana Min Goodman and Julia Wolov, said C.K. had invited them to his hotel room after a comedy festival in Aspen, Colorado, in 2002 and then masturbated in front of them. Reuters could not immediately reach Goodman and Wolov.

C.K. is the latest celebrity in the entertainment business to be accused of sexual misconduct by people coming forward in the wake of allegations against movie producer Harvey Weinstein and actor Kevin Spacey.

England reserves determined not to be embarrassed