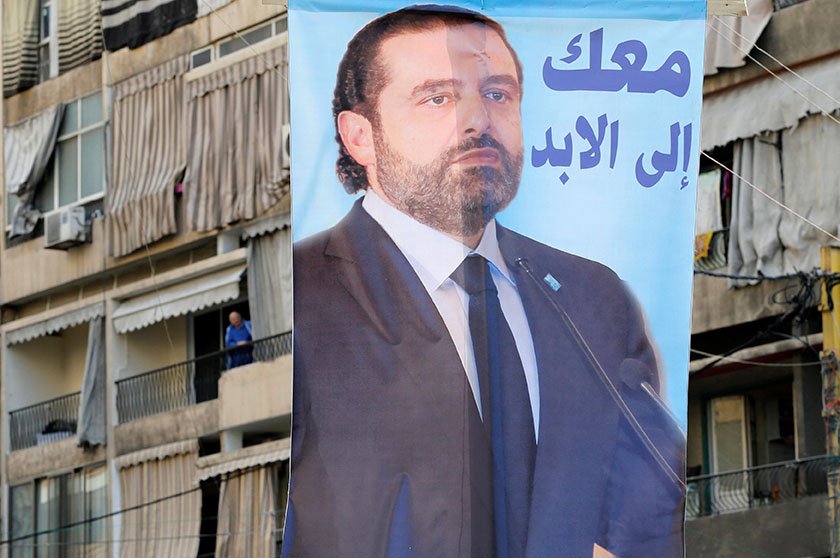 A country long divided by sectarian conflicts, Lebanon has found a rare point of unity since Saad al-Hariri’s shock resignation as prime minister: Lebanese of all stripes want him to come back from Saudi Arabia and to continue his work as premier.

Hariri left Beirut for Riyadh on November 3 and resigned the following day in a speech that caught even his closest aides off guard. He cited fear of assassination and blamed Iran and its Lebanese ally Hezbollah for sowing strife in the Arab world.

The Lebanese authorities believe Saudi Arabia forced Hariri to resign and is holding him against his will, say top Lebanese state officials and politicians close to Hariri.

While some in Lebanon believe Hariri’s decision was his own and blame Iran and Hezbollah for the crisis, many others, including some of his longtime supporters, think he was forced to quit.

Billboards and posters demanding his return have gone up across Beirut. “We want our PM back,” declared a huge billboard near the Beirut waterfront.

Runners in the annual Beirut marathon on Sunday echoed the demand. Some wore T-shirts printed with Hariri’s face and the message: “We’re all waiting for you.”

“This year, there are definitely many telling him ‘we are waiting for you’, and God willing he will come back safe and sound,” May al-Khalil, the founder and president of the Beirut Marathon Association, said.

Hariri ran in the Beirut marathon last year, shortly after he was installed as prime minister of a coalition government that generated hope of stability after years of political tension and paralysis.

Thousands of runners turned out, defying security concerns that have grown since Hariri resigned and Saudi Arabia declared both Lebanon and Hezbollah as hostile parties.

“WE ALL LOVE HIM”

Saudi Arabia has denied reports Hariri, a long time ally of Riyadh, is being held against his will and coerced into resigning. It says he is a free man and quit because Hezbollah was calling the shots in his government.

Ashraf Rifi, a hawkish Sunni politician who is fiercely critical of Hezbollah and Iran, has welcomed Hariri’s resignation, saying “it pulled the official cover away from Iran’s project in Lebanon”.

Tension between Hariri and Hezbollah has been a defining feature of Lebanese politics since the 2005 assassination of his father, Rafik al-Hariri. A U.N.-backed tribunal has charged five Hezbollah members over the killing. Hezbollah denies any role.

But Hariri has twice set aside his differences with Hezbollah to lead coalition governments including the group.

“We all love him, even those who weren’t sympathetic to him are now sympathetic, because as you know he’s the prime minister of all of Lebanon, not just prime minister for us Sunnis,” said Yousef Saad al-Deen, 40.

“No one is allowed to decide for us, neither who our president is nor who we will elect,” he added, speaking in the staunchly pro-Hariri Beirut neighbourhood of Tariq al-Jdideh, where newly erected posters pledged loyalty to Hariri.

Munir Khatib, a man in his late 60s, said Iran was to blame. “He is not being held, as they are saying,” he said.

Hezbollah, the strongest group in Lebanon thanks to its vast arsenal, has declared Saudi Arabia’s detention of Hariri as an insult to all Lebanese. At a rally on Friday, Hezbollah leader Sayyed Hassan Nasrallah said he must return.

The Future Movement, Hariri’s political party, also says Hariri must come back to Lebanon, calling him a national leader whose presence is vital to upholding the Lebanese system. It has also taken aim at criticism of Saudi Arabia, on Saturday rejecting “campaigns targeting” the Kingdom.

Lebanon, which fought a civil war from 1975-90, is governed according to a carefully balanced system that parcels out the state along sectarian lines. Many say now is the time for unity.

“The war had taught us that if we don’t have our ranks united and on the same ground, the country cannot succeed,” said Arlette Dakkash, a resident of Beirut.