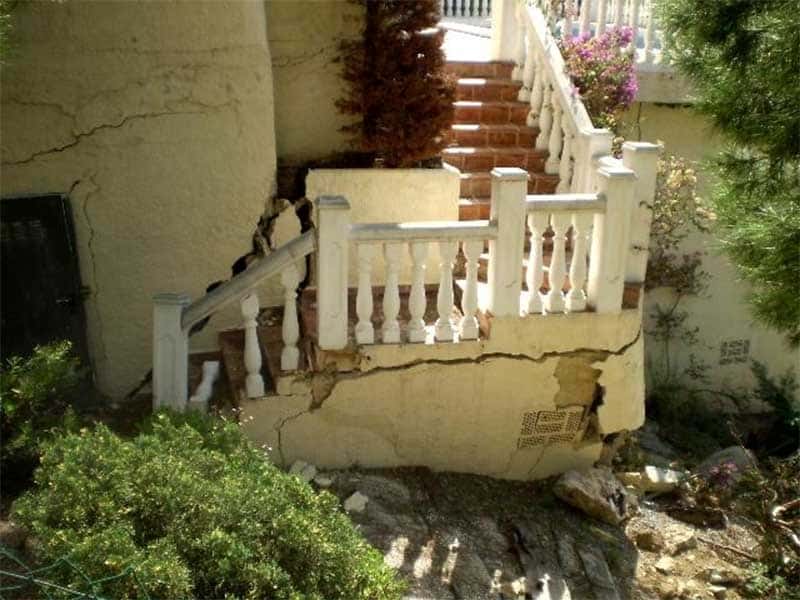 We have an increasing number of appointments to carry out structural surveys of buildings, mainly houses under/recent construction and this is the result of shoddy work in a number of projects/buildings. Structural defects refers to the structure of the building, which, if it is left to escalate, will cause more damage, creating serious problems later on, including safety problems.

Regrettably the property boom and the unskilled/lack of labour force has created this state of affairs, which is particularly noticeable in the Paphos region. The structural stability is especially vulnerable on buildings which are built on slopes, on land which has improper earth fill and/or problems relating to extensive damp.

The majority of buildings in Cyprus are built based on a reinforced concrete structure, which permits the structure to act as one unit, thus accommodating minor settlements and weakness in some parts of the building. The structural stability is of a special importance in Cyprus, especially in the Paphos area, which is prone to minor earthquakes. For this reason, all Cyprus buildings are designed based on an anti-earthquake design according to restrictions that are quite strict.

So provided basic care is taken the structural condition of a building/house (especially new ones) should be OK. Clear evidence of a structural problem is the appearance of cracks on columns or beams. Vertical cracks are more problematic than horizontal ones. Cracks on walls appear in most new buildings which is the result of the settlement of the foundations, although depending on circumstances they could appear also in the older buildings. Some cracks, which are classed as ‘hairings’ can be repaired and should not create a serious problem if repaired with a coat of paint. If these cracks however continue to appear and the gap becomes larger, this is something more serious. Signs of serious settlement are also uneven floors, tile cracks, door/windows not opening etc.

If for any reason you suspect that something is wrong, get in touch with an independent civil engineer to carry out initially an eye inspection-structural survey. Under the Cyprus law, the developer might be liable for the structural condition of a building for a long time but repairs and maintenance are usually covered for a period of up to 12 months after the building’s completion.

After an “eye” inspection/structural survey (it costs approximately €700-€800/house) and you suspect a problem, you could ask the developer to extend the guarantee for a period of say 24 months or 12 months after he has repaired the damage with the execution of the remedial work in order to verify that the measures undertaken are effective.

Our experience so far has been with movements of swimming pools, staircases, broken tiles, tilting of the whole building, damp as a result of burst pipes which crack as a result of the floor movement etc. For those with a serious problem it is recommended to make a more detailed investigation which could involve the examination of strength of the concrete, examination of the structural drawings and even an x-ray of structural members to ascertain whether the proper/designed reinforcement has been executed.

Most of the problems we are faced with are minor and could be corrected but some serious cases are found. For this reason and bearing in mind the total cost of buying a property, it is recommended that any purchaser carries out due diligence.

Notice of reference by an acquiring authority

We need to get our act together

Referral of disputes to arbitration

Order for the recovery of possession of property