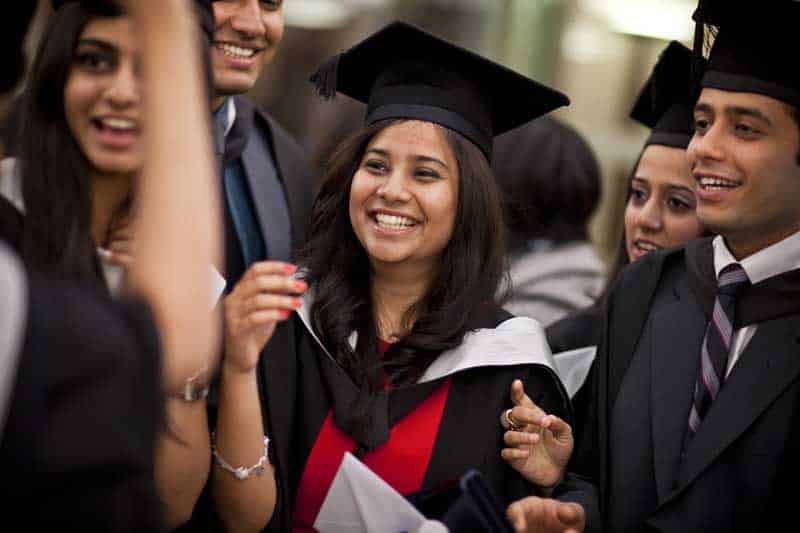 For anyone interested in studying in the UK next weekend brings the largest Cyprus exhibition for UK universities to Nicosia when 59 British education institutions will take part in the 34th Study UK Education Exhibition organised by the British Council at the Hilton hotel.

And this year the British Council is out to reach more people than ever, in several ways. “This year we boost our mobile application which we started to use last year,” business development manager at the British Council Pantelitsa Michael said. “Potential students can see all available courses and filter their enquiries. They can see which universities offer what and what the course structure is.”

Applicants can also view the profiles of all universities taking part during the two days plus what is on offer at the exhibition, so they are easily able to schedule the day when they attend. In addition, they can register and will have their registration code with them at all times.

“It also has links to other events by the British Council,” Michael explained. “There are students in Greece or moving from one country to another and all can see which seminars and other events are available in Greece or around other countries.”

The preregistration has several advantages for the student, the university and the organisers. According to the British Council, the student has the possibility to win useful prizes, such as a discount on the IELTS exam which they have to take or free counselling which is also part of an application, thus speeding up the necessary process.

As for the universities and the organisers, they can see in advance of the event which types of students are going to attend, thus giving them the opportunity to understand which kinds of enquiries to expect and what to prepare in terms of seminars.

During the event, more technology aims to ensure that a wider audience can take advantage of the seminars, as there will be live links during the two days.

Regarding the seminars that take place during the hours of the exhibition the British Council has this year not only prepared subjects regarding traditionally strong subjects such as finance and accounting but is accommodating a wider range of subjects.

The seminars are not aimed only at school leavers but also at those pursuing further studies and professionals who are looking for additional qualifications.

For example, there is one on how to write a CV, another on foundation courses. “People are confused by what foundation courses exist and what they are for and how they can move on from there,” the British Council employee said.

Related is information about the preparation needed as things are also changing. Nowadays, a number of UK universities also consider local qualification depending on the chosen subject and Cypriots may well get a place with an Apolytirion without needing A-levels.

The seminars also tackle the places where people might like to study, in a big city like London or elsewhere. One of the two-day event’s sponsor is UNITE, which provides accommodation units all over the UK.

For those who are further along in their studies or are in employment the professionals have advice on the workplace.

In an effort to bring even more people to the exhibition the British Council has added another two events, which are not for the general public but by invitation.

One of them is presented by the association of chartered accountants in collaboration with the government and targets school counsellors, the other one is a teacher’s seminar.

These are the new things which will enrich this year’s fair. Some things haven’t changed, such as the number of universities that will participate and the number of Cypriot students studying in the UK, which remains stable since as yet there is no change due to Brexit. In the year 2018/2019 Cypriot students will be treated like home students, meaning the fees will remain the same, as will the ability to apply for a student loan and to work while studying.

“Last year, the first after Brexit, we had more interest in seminars, there is still equal interest from students, which means our efforts are on the right track. The two days are just part of a round of efforts to show people the benefits of UK studies and to inform them which lasts all year. Anybody who is interested should just contact our office,” Michael concluded.

Our View: It is time partition entered public debate