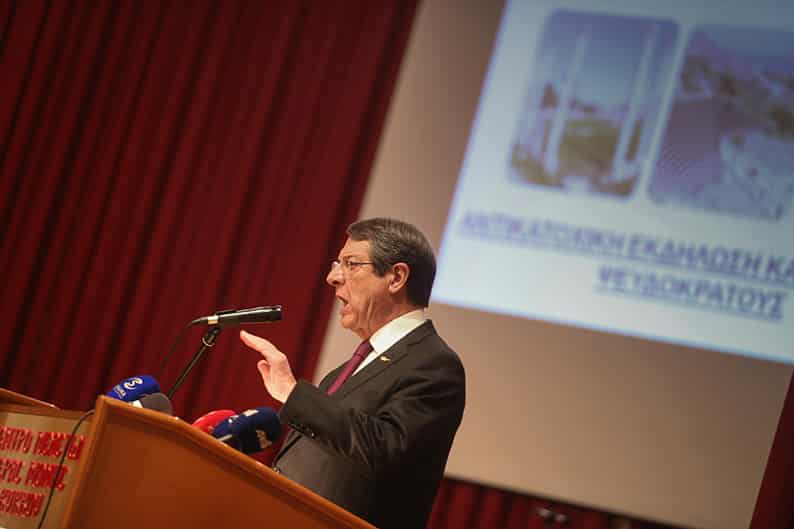 President Anastasiades has hinted at a Plan B or partition. It is now time to discuss it openly

IN AN interview he gave to Phileleftheros last Sunday, President Anastasiades was asked whether there was another path if the Cyprus problem could not be solved.

“There would have to be a sincere exchange with all the political forces to establish what would be the ‘plan B’ that would create conditions of peace, protect Hellenism and secure the functionality of the state,” he responded. “This is not for now. It is something all of us must, if and when such a need arises, with sincerity, once we have analysed all givens, the international scene and international factors with seriousness, concentrate on how we create a stable peace and prospects for the future of all Cypriots …. After the experience of the dialogue of the last five years, I should say that I have crystallised how viable or how unviable are the factors that could lead to a real peace.”

While the president refused to go into specifics about ‘plan B’, it was very clear he was referring to partition, the settlement that dares not speak its name, at least when Greek Cypriot politicians are speaking in public.

In private, speaking to ministers, Anastasiades has brought up the issue of partition, claiming that he was resigned to it because he did not see reunification working. He probably arrived at this conclusion some time ago, given his half-hearted participation in the talks since January and his attempts to prevent the June conference in Switzerland, which he grudgingly attended and contributed to its collapse while putting all blame on the Turkish side.

If he has made up his mind about what is viable, should he not share this with the electorate now that he is seeking a second term? Why is he hiding his views from the people? Twice he mentioned the word ‘sincerity’ in the above comment, yet by keeping people in the dark about his plans, he is not being very sincere with the electorate. If he has arrived at the conclusion that negotiated partition is the best guarantee for peace and the future security of Greek Cypriots, should he not be saying so in his election speeches, rather than springing it on people after his election? That would be the right thing to do and it would open up the debate about what kind of settlement we really want.

But there has never been an honest public debate about the type of settlement we want. In the 43 years since the invasion, the issue – monopolised by a clique of self-serving politicians, journalists and lawyers – has been characterised by dishonesty in the form of empty promises, setting unattainable targets, meaningless stands on principle and the relentless cultivation of false hopes. It is a game for clique members only, members who have seen their careers prosper and flourish by keeping the problem unsolved while pretending they have the population’s best interests at heart. All their high-sounding rhetoric is aimed at preserving the very status quo they dismiss as unacceptable.

Two other candidates, Nicolas Papadopoulos and Giorgos Lillikas have been promising a new strategy on the Cyprus problem that is guaranteed to preserve division. Rather than openly say that they are opposed to reunification because they believe partition is better for the Greek Cypriots, they support a so-called strategy that will inexorably lead to this.

The irony is that many Greek Cypriots may well be ready for a settlement based on the separation of the two communities. After all, we did not see or hear many protesting about Anastasiades’ failure to seize the opportunity for a deal at Crans-Montana, an indication that not many feel very strongly about a federation that would lead to reunification.

It is time the option of partition entered public debate, and there is no better time for it than an election campaign. It is time politicians stopped hiding behind new strategies, conditions the other side will never accept and talks of ‘plan Bs’ they are unwilling to discuss in public. They must speak openly about partition so that the public can also contribute to the debate.

Partition might be much easier to sell to the public than politicians think and we could secure the return of some territory if this was the product of negotiations.

We will get nothing back if we arrive there by default because cowardly politicians are afraid to take responsibility, call things by their name and speak to people with the sincerity Anastasiades preaches but does not practise.

Spain will struggle to grab hold of wayward Catalan leader