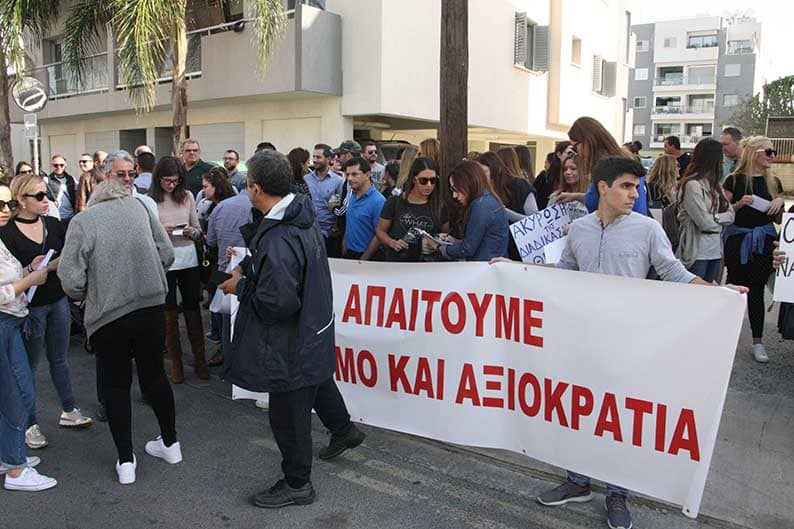 President Nicos Anastasiades said on Monday that the findings of the probe into the blunder that led to last week’s cancellation of exams for candidates for state teaching posts will show whether it was a mistake or intentional.

The exams were cancelled after the material for the exams in five subjects was released online before the exams took place.

The ministry ordered a probe into the incident, whose findings are expected to be announced this week.

“The investigation will show if it was a mistake or made on purpose. We will either accept that there are (ministry) officials who are negligent or have the brain of a kindergarten child, or that it was a deliberate action that serves those who disagree with the new appointment system in education,” Anastasiades said.

In the wake of the website leak, a possible conflict of interest issue has also arisen after it was revealed that two University of Cyprus lecturers who sat on the committee of experts tasked with overseeing and organising the teacher exams had also worked at a private higher education institute offering preparatory courses to exam candidates.

But university rector Constantinos Christofides said on Monday that the investigation was ordered against the two lecturers not in relation with the exams, but because they had not asked permission to also work for the private institute. Speaking to Sigmalive, Christofides said that had the two lecturers sought permission, they would have received it as the services they had provided were for a short period of time.

He clarified that neither of them had taught any of the candidates who had signed up for the courses at the private institute. The two lecturers resigned on Monday from the committee of experts.

But main opposition Akel, which has been against the new appointment system, has also asked the auditor-general to investigate reports concerning conflict of interest over the exams. In addition to the two UCy lecturers, the party reported that eight senior education ministry officials had been teaching those preparatory courses at the private institute. The same reports also said that the head of the committee of experts is the spouse of the head of the private institute that offered the preparatory courses.

The head of Akel’s education office, Christos Christofides, said that the attorney-general should also look into this case, to rule whether there is a conflict of interest and if the exams should be considered void.

“This is a very serious issue, as high-ranking education ministry officials chose the examiners, discussed with these people, oversaw the procedures,” Christofides said.

The exam cancellation and the latest allegations led around 200 contract teachers on Monday to stage a protest outside the education ministry organised by Akel-affiliated group Proodeftiki.

The protesters delivered a memo addressed to Kadis calling for the cancellation of the entire exams procedure citing irregularities.

The group oppose the new system of appointing teachers which sees the gradual phasing out of posts being offered to candidates based on their position on a waiting list, and replacing it with one where teachers are appointed based on their degree and teaching exam results.

Netanyahu signals Israel will act with free hand in Syria