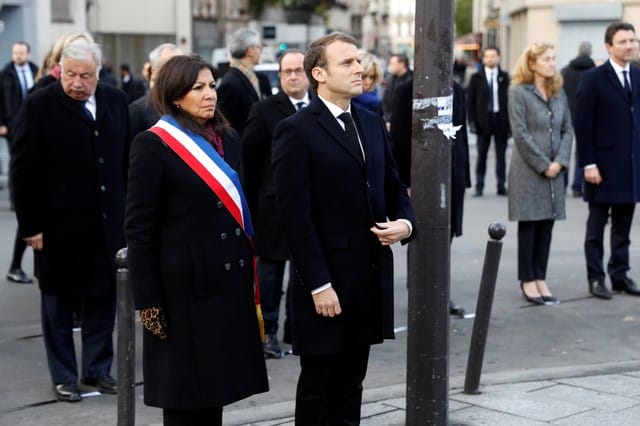 Flowers were laid and victims names read out at otherwise silent homage ceremonies in the presence of President Emmanuel Macron at the six sites struck on Nov 13 2015 in attacks for which the Islamist State group claimed responsibility.

Macron, whose government has implemented legislation giving police and intelligence agents wider wiretap, search and arrest powers in an attempt to avert more attacks, was accompanied by other politicians including Francois Hollande, president at the time of the Paris attacks.

More than 240 people have died in the past three years in attacks commissioned or inspired by Islamic State, which has urged followers to attack France and other countries involved in military efforts to oust it from swathes of Syria and Iraq.

Dozens more have been killed in similar attacks in Europe, primarily in Belgium, Britain, and also in Spain more recently.

The government says 30 planned attacks have been thwarted in the past two years. Police and intelligence services are working flat-out to cope with the challenge of religious radicalisation and further attacks.

Hundreds of French citizens have left France, a traditionally Roman Catholic country where about one in six people are Muslims, to fight as jihadists for the Islamist State, which declared a caliphate .