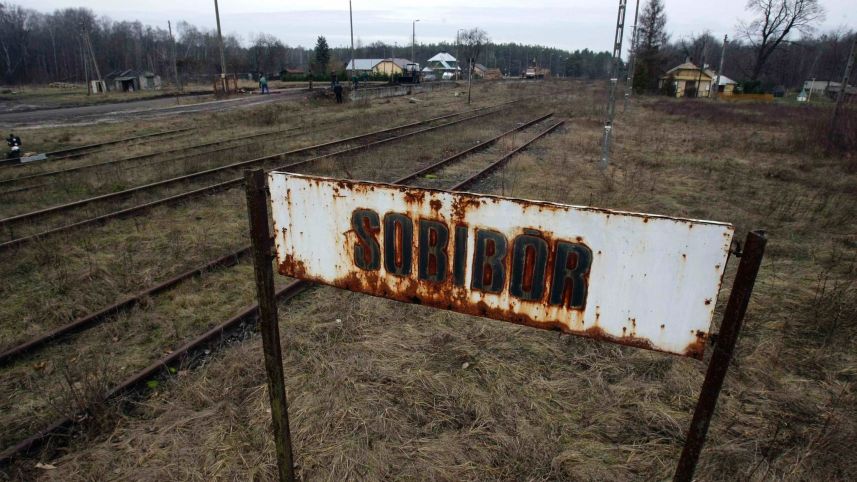 Dozens of relatives from three continents lay a brass plaque in the pavement in Frankfurt on Monday, in memory of a Jewish schoolgirl who perished in the Holocaust and whose fate was revealed this year when her pendant was discovered beneath floorboards at the Sobibor death camp.

Karolina Cohn may have known the Holocaust diarist Anne Frank: the two girls were born in Frankfurt just three weeks apart. At age 12 in 1941, Cohn was deported to the Minsk ghetto along with her parents and sister.

Nothing more was known of her fate until archaeologists excavating the site of Sobibor in Poland found her pendant, inscribed with her date and place of birth and the words “good luck” in Hebrew. It was similar to one that belonged to Frank.

After the pendant was found, researchers used the database of the Yad Vashem Holocaust Memorial in Jerusalem to contact Cohn’s family members around the world. On Monday 34 of them came together to witness the placing of a brass “Stolperstein” – literally “stumbling stone” – in the pavement outside Cohn’s former family home.

Many had not known of her existence or that they were related to one another.

“I never had any family on my mom’s side. As of last night, these guys who are shaking my hand are my cousins,” said Shawn Ruby, a 41-year-old schoolteacher from Houston, Texas, who made the trip to Germany after learning that his grandmother was Cohn’s first cousin.

Ruby had for many years not even known that he had Jewish roots, as his grandmother suppressed her history when she emigrated to New York, converted to Catholicism and married a Marine, he said.

The “stumbling stone” plaques are part of a project begun by German artist Gunter Demnig to place small memorials across Europe where victims of the Nazis lived or worked, to call attention to the individual victims and the Nazi war crimes.

More than 60,000 of the brass plaques have been set into pavements across Europe. They are traditionally cleaned on the anniversary of the Kristallnacht pogrom that was carried out against Jews across Germany on Nov 9, 1938.

Much still remains unknown about Cohn’s story, including whether she knew Anne Frank. Did she bring her pendant to the death camp herself? Or was it dropped through the floorboards by someone else, perhaps a family member on the way to the gas chambers?

“We know that Anne Frank wore a similar pendant, but people know her story because of her words,” Greg Schneider, executive vice president of the Claims Conference, which represents the interests of Jewish Holocaust victims in Germany and helped track down Cohn’s relatives, said at the plaque-laying ceremony.

“We don’t have Karolina’s words but doesn’t she deserve the same – to be known, to be remembered?”