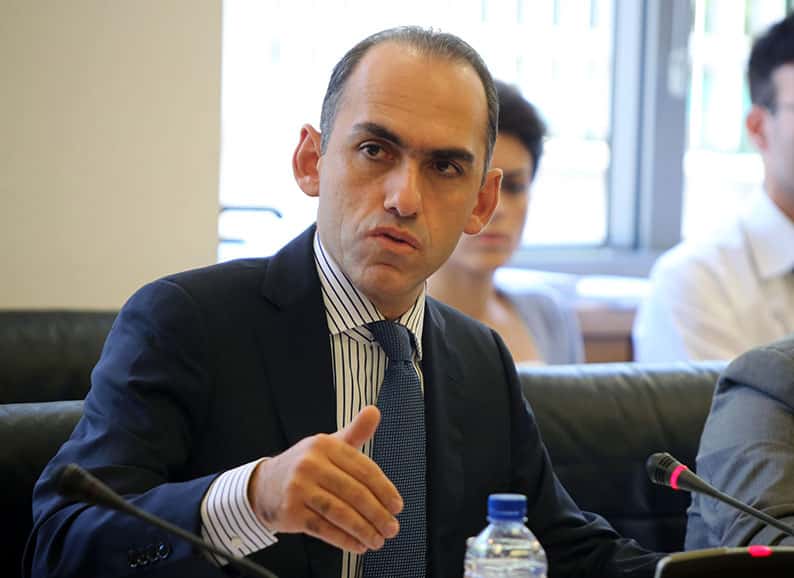 Finance Minister Harris Georgiades urged MPs on Monday to approve a €25m budget for the National Solidarity Fund as a first step towards gradually helping depositors and investors who lost money in the 2013 banking crisis.

Speaking to the House finance committee, Georgiades said that the €25m, which will have to come from this year’s supplementary budget, will help create a reserve to be used toward the gradual alleviation of the burden of those affected by the haircut on deposits.

“The government considers this to be a feasible proposition and even if it does not offer immediate treatment, we will begin setting resources aside now that our economic capabilities allow it,” Georgiades said.

Substantive discussion however as to who would get this money, he said, should only begin when the fund’s reserves reach €200m to €300m.

The minister said that the government also proposes utilising specific assets that would add even greater value to the fund. Toward that end, Georgiades said, they are looking into giving to the fund state land which is of great monetary value and which has been left unutilised.

This property – estimated at €225m – presents marketability and growth prospects and was intended to be granted to the Central Bank against a debt reduction that the state had undertaken. Georgiades said that the state did not go through with this as most of the debt has been paid off and the balance is expected to be paid in full next year.

Management of this property could yield greater resources than the €25m, he said.

The next contribution to the fund will be determined in the second half of 2018, Georgiades said, and this process will be repeated every year over the next few years “on the basis of our economic potential and without ever jeopardising the stability of public finances and the economy in general”. Georgiades estimated that the fund’s reserve would increase significantly within the next one to two years.

He stressed that the fund is not aimed at officially compensating the affected depositors.

“The state does not recognise legal responsibility and does not offer compensation for the loss of deposits and securities, but rather intends on drawing up a plan for the purpose of safeguarding and enhancing social cohesion,” Georgiades said.

Georgiades said that €7.7bn of deposits was lost, while the nominal value of the securities converted into shares was € 1.2bn.

Of the €7.7bn, he said, only €2bn concern Cypriots – €1bn natural persons and €1bn legal persons, excluding provident funds. Regarding provident funds that suffered a blow from the haircut, Georgiades said that the state has already drawn up a plan whose first phase was implemented at the end of 2013 and early 2014 and the second phase will be implemented with the 2018 budget.

The association of former Laiki’s depositors (Sykala) welcomed the government’s proposal, while opposition MPs criticised the proposal as yet another election ploy of the Anastasiades administration.

Discussion on setting up a fund to compensate affected depositors and investors began at the House finance committee last month, following a bill proposal submitted in July by Disy head Averof Neophytou and chairman of the Citizens’ Alliance and presidential candidate Giorgos Lillikas.