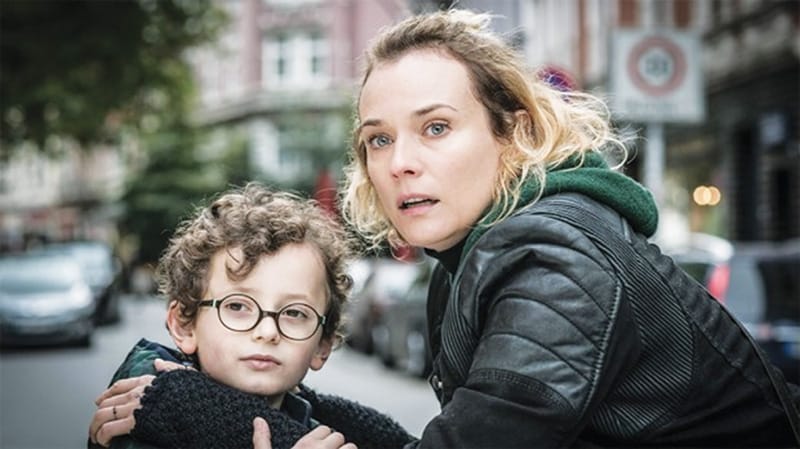 Casey has just made dinner for herself and her mum. They chat as the meal is winding down, and here’s what they say:

MUM: “This could use just a bit more spice.”

CASEY: “You think it does?”

CASEY: “I was going for something a little more subtle.”

MUM: “I don’t even know what that means.”

That exchange is from Columbus, a small-scale, highly acclaimed American drama – though in fact it could also be a metaphor for the cultural exchange that often takes place at a film festival, like for instance the 58th Thessaloniki International Film Festival (which ended on Sunday night). I’m not entirely sure how Columbus was received at Thessaloniki, where it screened Out of Competition, but one often got the impression, watching movies beside the glittering waters of the Thermaikos, that the bouncy festival audience might as well be Casey’s mum – sympathetic, well-intentioned, slightly embarrassed – while the films were often dinner à la Casey: subtle, smart, delicious in their way (especially on a global menu dominated by Hollywood franchises), but perhaps they could use a bit more… spice?

That said, most of the bigger films I saw weren’t particularly subtle – including the two Cannes heavyweights, 120 Beats Per Minute and The Square, respective winners of the Grand Prize and Golden Palm on the Croisette a few months ago. The former is also up for the European Union’s LUX Prize (it had a one-off screening in Cyprus last week), set among French gay activists battling Aids in the 1980s. There are undisputed highlights, including most of the passionate meetings where the group plot their strategy, but the film finally suffers the fate of most films about terminal illness: it feels maudlin when its victims are vivacious – aren’t they brave, fighting back against their plight? – then manipulative when we switch to failing bodies and hospital beds. The Square is a bigger disappointment, coming from the great Ruben Ostlund who made Force Majeure; the premise is promising – a museum exhibit called ‘The Square’, intended as “a sanctuary of trust and caring” – but the satire of fear and mistrust in modern society is superficial, and Ostlund’s usual control is missing. Still, the ‘monkey man’ scene is quite something.

The Square played to a packed house, part of a Thessaloniki tribute to Ostlund (the director himself was present, working the crowd with a showman’s gusto). In the Fade – another Cannes winner – was even more of a hot ticket, if only because the third act is set in Greece and Greek director Yannis Economides, who boasts convincingly thuggish looks as well as filmmaking chops, co-stars as a Golden Dawn member. (Economides is actually Cypriot, born in Limassol, part of a rather thin Cypriot presence this year that also included Adonis Florides’ excellent Rosemarie.) Our heroine is a German woman whose child and Turkish husband are killed by a neo-Nazi bomb – and the film is another exception to the Casey’s Dinner hypothesis, working as decidedly unsubtle courtroom drama; whether its message is really so timely (i.e. whether Nazis, as opposed to Islamists, are really the most urgent terrorist threat facing Europe) is a can of worms better left unopened.

Then again, this was Greece – and a great, ironic jeer resounded in the cinema when Economides’ character tried to justify Golden Dawn as a “democratic” movement. Politics is volatile here – though the never-ending Greek crisis increasingly feels like a matter of ‘Been there, done that, bought the T-shirt’; Greek-crisis T-shirts were indeed being sold in Thessaloniki souvenir shops, featuring a checklist of ticked boxes reading ‘No Job, No Money, No Problem’! I suppose it pleases the tourists.

The usual left-wing and anarchist slogans calling on the faithful to demonstrate seemed fewer this year, though I did see some angry posters on labour relations: ‘We Refuse to Give Up our Sundays and Leisure Time’ read the accompanying text, cinematically illustrated by Harold Lloyd hanging off the clock-face in Safety Last. As if on cue, this year’s festival included a section called ‘Invisible Hands’, five films “about the right to work, and the difference between wage labour and slave labour”. I watched The Nothing Factory by Portuguese director Pedro Pinho, and I’ll be amazed if the rest of the programme included a wiser, more knowing film on the crisis of capitalism (though the three-hour running time is a bit challenging). “A spectre is haunting Europe: the spectre of its ending,” we’re informed; the crisis is thus “a permanent state of exception”, aimed not at solving a problem but merely deferring a collapse, hopefully indefinitely. All true, and thought-provoking – though the film also includes a herd of ostriches, a hard-rock band and, most amusingly, a song-and-dance number on the joys of a self-managed factory.

Speaking of crises, the festival may be going through its own mini-crisis. I’ve been attending for almost two decades, and the films on offer were slightly less prestigious this year; even the Competition jury were a relatively unsung bunch, led by Palestinian filmmaker Annemarie Jacir (whose new film Wajib, a Locarno prize-winner, is nonetheless magnificent). There was also quite a lot of the Casey’s Dinner syndrome, like Columbus itself and, for instance, Family Life from Chile – a deadpan-poetic semi-comedy that still felt a touch academic, not spicy enough.

Fortunately, there were also films like Lucky – my favourite of the ones I watched, and the one I’m rooting for where the ‘Golden Alexander’ is concerned. Harry Dean Stanton is Lucky, a 90-year-old in a small town. He’s crusty, no-nonsense, entirely unsentimental, an avowed atheist – and of course he’s also approaching the end, ‘lucky’ in being able to take stock of life, acknowledge his fear of death and (mostly) accept what’s coming. It sounds dry but the film is lovely, more eccentric than expected and genuinely enquiring, even profound – and Stanton (who passed away in September, aged 91) is lucky too, in a way, having managed to cap his career with such a perfect artistic, and indeed existential, statement. Was it subtle? Yes; and also heartbreaking.

An Orchestra – A Warm Embrace