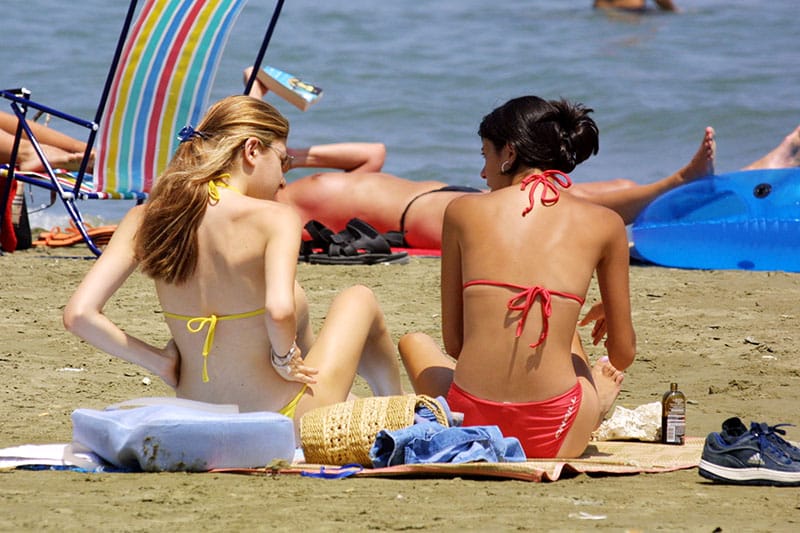 Of the foreign visitors who chose to spend time exclusively in the north in the past four months 10 per cent were Israelis and 5.8 per cent came from the UK, a tourist survey released on Tuesday showed.

Carried out by Noverna between July and October on behalf of the Cyprus Tourism Organisation (CTO), the survey showed 3.5 per cent of those canvassed had stayed in the north exclusively. A further 1.9 per cent spent time in the north, the poll showed.

The overwhelming majority of the sample, close to 84 per cent, said Cyprus was the first choice for their holidays.

A high number of visitors said they chose Cyprus for security reasons. This was especially high among those who had Spain as the first choice, 25 per cent, and Turkey, 21 per cent.

Seven out of 10 of the visitors stayed at licenced hotels or hotel apartments and 14.6 per cent said they stayed at rented villas and flats. A small number, 3.7 per cent, said they had stayed at AirBnB facilities.

Of those staying at hotels or hotel apartments, 25 per cent were in all-inclusive accommodation – Britons were the highest with 33 per cent, Israelis, 19 per cent, and Greeks, four per cent.

The majority of visitors said they chose Cyprus for the sea, sun, tranquillity, and attractive environment, as well as local hospitality. Some 27 per cent said they opted for Cyprus because they had visited before.

Over 71 per cent of the visitors said they were fully satisfied with their stay – giving it five out of five – while 23.3 per cent gave four on a scale of five.

Only 0.5 per cent of those interviewed rated their experience with one or two out of five.

The findings showed that hospitality was rated comparatively better than the built environment and entertainment choices.

Close to 88 per cent of the visitors said there was a high possibility of them recommending Cyprus to others, with the percentage rising in the case of British tourists, 93.4 per cent, and Russians, 89.8 per cent.

The assessment was lower among Greeks, 76.1 per cent, and Israelis, 81 per cent.

Close to 93 per cent of the sample said there was a possibility of visiting Cyprus again in the next three to four years; this was particularly high among Britons, 96 per cent, and Russians, 95 per cent. On the other hand, 84 per cent of Germans said they could return.

MCS’s 98% crew retention rate: insight from a leader of seafarers