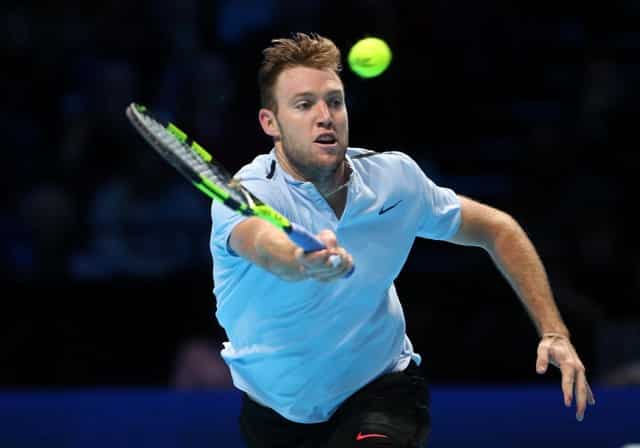 Jack Sock lived up to his childhood nickname of ‘Showtime’ by producing a dramatic comeback triumph over the erratic Marin Cilic to keep his hopes alive in the ATP Finals on Tuesday.

The American, making his first appearance in the season climax, produced a courageous display, emerging from the brink of defeat to prevail 5-7 6-2 7-6(4) in London’s O2 Arena.

“My coach nicknamed me ‘Showtime’ when I was young because I always love to play in front of people. There’s always a lot going on but it keeps it fun,” Sock told the crowd. “I don’t even know what I’m doing sometimes!”

In a show-stopping finale with both players desperate to triumph after losing their opening matches in the round-robin format, it was the American who lived up to his moniker, delivering a spectacular tide-turning winner when a mini-break down at 4-3 in the decisive tiebreak.

Cilic had appeared to have been hugely fortunate with what looked set to be a winner off a net cord but Sock chased it down and scooped up a backhand winner that Cilic described as “unbelievable”.

Cilic, who had also blown a fine chance of a win over Alexander Zverev on Sunday when leading 3-1 in the deciding set, once again capitulated when 3-0 up in the decider, leaving his hopes of making the semi-finals looking bleak.

Sock, who had been beaten in straight sets by Roger Federer on Sunday, kept his cool to prevail after a compelling 2 hours 27 minutes contest.

“Marin’s an incredible player but I’m fortunate to get through this one and keep my hopes alive for this week,” said Sock, who had only qualified for the tournament thanks to his first Masters triumph in Paris in the last tournament before the finals.

It had been a testing and long day for the pair, with Sock revealing how they had been forced to evacuate the players’ hotel at 4am and stand outside in the “freezing cold” after the fire alarms went off.

The alarms for Wimbledon finalist Cilic were ringing too from the opening game when a dismal forehand into the net resulted in him losing serve immediately.

The Croat broke back immediately and at 5-5 Cilic got lucky when break point down, his forehand looped off the net cord for an outright winner.

Buoyed by his reprieve, the 2014 U.S. Open champion then produced a great backhand overhead to set him on the way to a decisive attack on Sock’s serve, with the frustrated American also earning a code violation after smashing a ball into the stands.

Cilic’s momentum, though, was checked in the second set as he surrendered his second break of the set with a service game marred by three double faults.

The Croat had appeared to have regained his composure by racing into a 3-0 lead in the decider by winning 11 of the first 12 points but the man who has now won only one of eight matches at the season finale again faltered.

Sock’s fighting spirit was admirable as he fought back to 3-3 before the thrilling denouement.

Federer, who meets Cilic in the final match in the Boris Becker group on Thursday, will meet Zverev later on Tuesday.

Most millennials seen worse off than parents despite aptitude: study