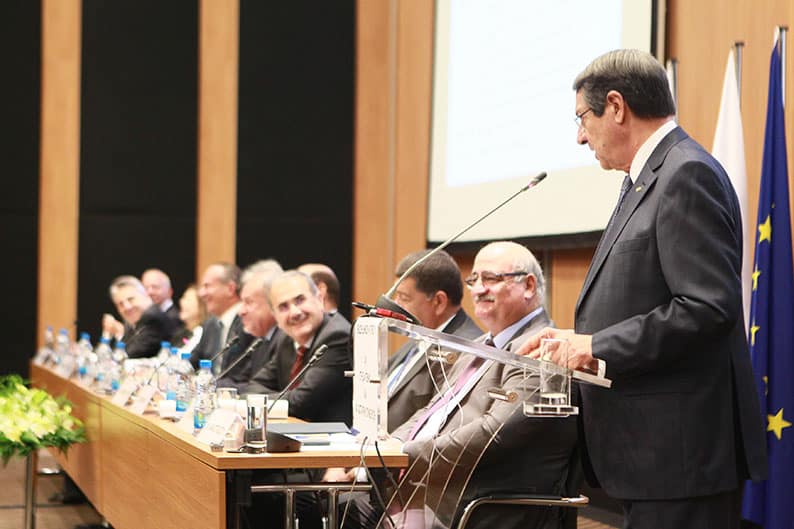 Municipalities will be able to apply for a loan up to €200m from the European Investment Bank (EIB), which will be paid off by the state, following a Cabinet decision, President Nicos Anastasiades said on Wednesday.

Speaking during the 34th Union of Municipalities general assembly, Anastasiades said consultations had been concluded with the EIB in 2015 that will allow municipalities to have a loan of up to €200m for certain projects.

For instance, should a municipality have a 30 per cent stake in a project, it will be eligible to apply for a loan from the EIB for that 30 per cent and the state will be responsible for repaying the amount, including any interest.

This would be deducted from the annual funding the state grants toward the municipality, Anastasiades said.

“This is a particularly beneficial decision for municipalities, as many municipalities struggle to obtain funding for their projects but also in the case when they do, the conditions of the loan are in no way favourable compared to those offered by the EIB.”

Anastasiades added this would also allow projects to move at a faster pace.

He said the government was willing to reevaluate whether it could increase state funding towards municipalities which is currently at €51m.

To do so however, local authority reform must press ahead he said.