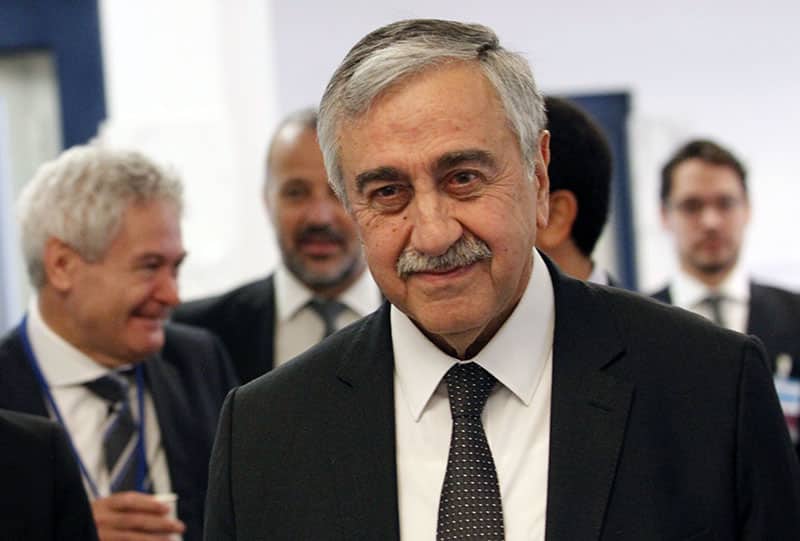 Government spokesman Nicos Christodoulides insisted on Wednesday that there could be no new solution framework for a settlement to the Cyprus problem.

He was responding to statements by Turkish Cypriot leader Mustafa Akinci calling for a fresh approach in settlement talks to avoid reaching Crans-Montana-type deadlocks.

Christodoulides reiterated the government’s position that there could be no interim agreement on the Cyprus problem.

In his address on Tuesday ahead of the 34th anniversary of the unilateral declaration of independence in the north on Wednesday, Akinci said that the possibility of the UN Secretary General creating a strategic settlement framework could be explored. He added that a negotiation programme subjected to a timetable to fill in this framework was also possible.

Akinci said that it was not possible for the Turkish Cypriot side to endorse the continuation of settlement negotiations in the same unproductive and inconclusive manner for another 50 years.

Christodoulides said that there were already many strategic agreements as regards the settlement negotiations; “the high-level agreements of 1977, 1979, of July 8, 2006, the joint declaration, and the most basic principle is that nothing is agreed until everything is agreed”.

As regards the settlement framework Akinci mentioned, Christodoulides said, “It is there. It is the one that has been agreed on and which we strive to achieve.”

“There cannot be a new framework, there was never such a proposal by the UN,” Christodoulides said.

He also stressed that there could not be an interim agreement.

“An interim agreement is not a solution as regards the Cyprus problem. There is no such an issue, it is not subject for discussion at the negotiation table,” he said.

Christodoulides said that Akinci’s statements also made clear that the Turkish side had asked for Turkish troops to stay and for guarantees to continue. This, he said, was an answer to all those still in doubt as to what led to the collapse of the conference on Cyprus last summer in Switzerland.

But Akinci’s statements also proved the state of confusion on the Turkish side, Christodoulides said.

“We daily hear different approaches from Turkey and Turkish Cypriots. If we compare statements of (Foreign Affairs Minister Mevlut) Cavusoglu, (Turkish Cypriot negotiator Ozdil) Nami and Akinci, they are in three completely different directions. This is a sign of confusion among the Turkish Cypriot community about their goal. There is no clear goal and that is why we had no results so far,” he said.

Christodoulides said that the halt in the negotiation process was not due to next year’s presidential elections but because “everyone expects the next step from Turkey”.

He added that much would depend on the upcoming visit of the Turkish president to Greece where they expect the beginning of a substantive discussion to prepare the ground for discussion on security and guarantees, the chapter “that led to the negative result at Crans-Montana”.

On Akinci’s warning that if the Greek Cypriot side fails to rein in its maximalist positions, the Turkish Cypriots would continue on their own way as the ‘Turkish Republic of Northern Cyprus’, Christodoulides said that efforts to have the breakaway regime recognised would lead nowhere, “without the consent of the Republic of Cyprus”.