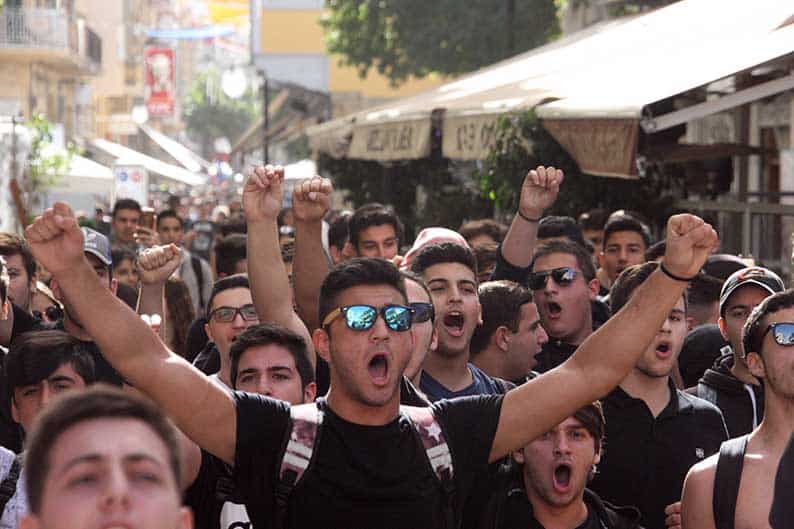 Students protesting against UDI in the north in November 2017

President Nicos Anastasiades on Wednesday strongly condemned the unilateral declaration of the Turkish Cypriot breakaway state in the north 34 years ago.

Anastasiades said the action went against everything that had been agreed on the matter that formed the basis for a possible solution.

In the north meanwhile, the declaration of the so-called Turkish republic of northern Cyprus on November 15, 1983 was celebrated with a military parade and fighter aircraft overflights.

“One illegality follows another,” the president said. “The biggest one was the invasion, the next one was the declaration of the breakaway state.”

He added that statements made by Turkish Cypriot and Turkish politicians indicated they were formulating a policy that did not correspond to what the Greek Cypriot side expected.

“In any case, I do not want to go further than the strong condemnation of a secessionist entity that has nothing to do with what has been agreed to date, which formed the basis to resolve the Cyprus problem,” he said.

In a written statement, the presidency urged Turkey and the Turkish Cypriot leadership to return to the negotiating table instead of provocatively celebrating the anniversary of an internationally condemned action.

The Greek Ministry of Foreign Affairs, also condemned the 34th anniversary of the unilateral declaration of independence (UDI) in the north saying that it was a blatant violation of international law.
“Today’s regrettable anniversary of the unilateral declaration of independence, announced by the Turkish Cypriots in Cyprus’ occupied areas, is a stark reminder to the international community that an independent state, which is also a UN and EU member, remains under foreign military occupation,” the Greek ministry said in a statement.

It added that the UDI, coupled with the continuing occupation and illegal settlement, is obstructing efforts for a mutually acceptable solution of the Cyprus problem and perpetuating the violation of the human rights of all Cypriot, as well as the isolation of the Turkish Cypriot community.

Authorities also condemned the violation of the Republic’s airspace by Turkish warplanes on Tuesday and Wednesday which were participating in celebrations in the north.

According to the Civil Aviation’s air traffic control, four Turkish warplanes violated Nicosia airspace between 10.25am and noon on Wednesday. The planes that arrived from Turkey flew over Kyrenia, the coast of Karpasia, Famagusta and over the parade in northern Nicosia.

The planes had flown at very low altitude, an official said, as low as 500 feet over Morphou Bay, and circled twice over Nicosia. Another flight is expected later in the day over Kyrenia.

Greek Cypriot pupils took to the streets on Wednesday to protest the anniversary. They descended on crossing points in Nicosia where they shouted anti-occupation slogans. 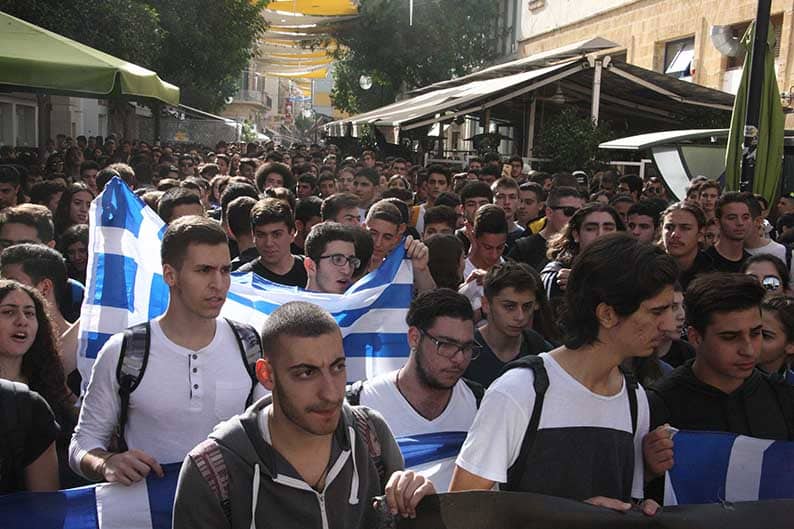