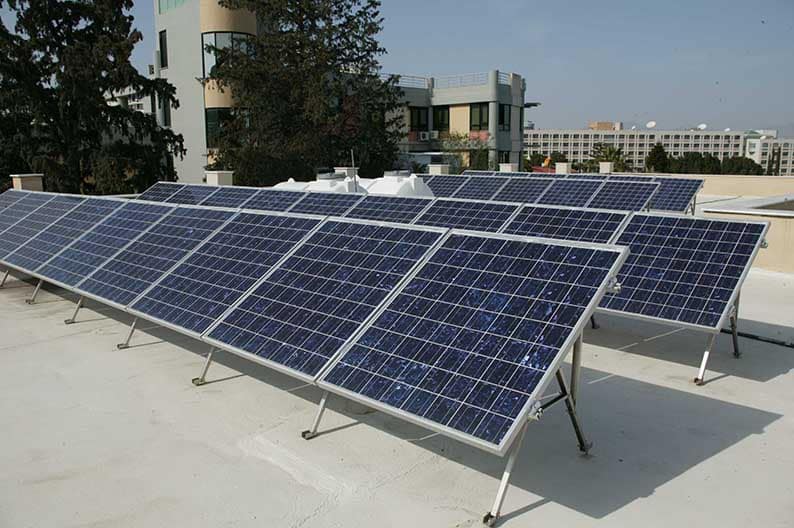 The Council of Ministers on Wednesday approved a joint proposal by the ministries of energy and education for the installation of photovoltaic systems in schools.

According to Energy Minister Yiorgos Lakkotrypis implementing the system will be the responsibility of the education ministry which will select the suppliers.

“We think it is a very important move that brings green energy into public education,” Lakkotrypis said, expressing the hope that there will be other similar steps together with the education ministry to increase renewable energy in domestic consumption.

Education Minister Costas Kadis explained that the plan concerns all schools which roofs are suitable for the installation of photovoltaics and that the number of schools involved “will be in the three digits” but has not yet been specified.

“We are in advanced consultations with both the legal service and the audit office and the competent authorities of the state and the EAC,” Kadis said. “We have come close to an agreement which is currently being drafted so that the EAC photovoltaics, following the legal procedures in our schools, do not incur costs for the ministry itself and we will gradually make use of the advantages that will come from saving energy.”