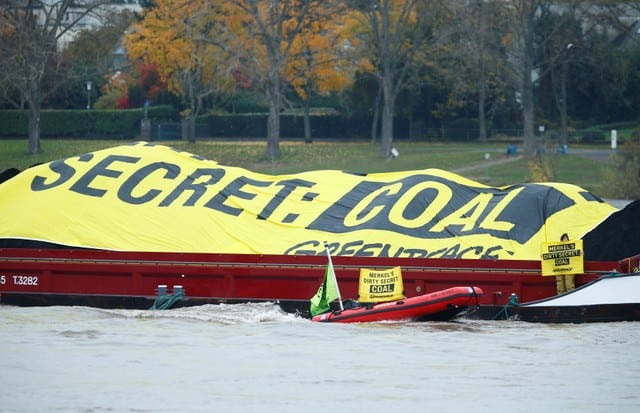 Governments should put a price on carbon emissions to help combat global warming and stop making bad bets on fossil fuels, UN Secretary-General Antonio Guterres said on Wednesday at talks on a climate pact weakened by a US pullout.

Guterres told almost 200 nations in Bonn, where they are working on details of the 2015 Paris climate agreement that aims to end the fossil fuel era this century, that a shift to cleaner energies would boost rather than hamper economic growth.

The Nov 6-17 meeting is trying to bolster climate action after US President Donald Trump, who doubts that man-made emissions are the main cause of rising temperatures, decided to withdraw and instead promote domestic fossil fuels.

“Growing carbon markets in Europe and North America, and China’s expected announcement of one of the world’s largest emissions trading systems, are a good sign,” he said.

“But to meet the Paris goals we need at least 50 per cent global coverage and a higher price on carbon to drive large-scale climate action,” he said.

Some US states have carbon trading even though there is no national market.

Guterres called on the Group of 20 biggest economies to lead.

Only 13 per cent of global carbon dioxide emissions, mainly from burning fossil fuels, are subject to a price penalty, a global health study said last month in the Lancet medical journal.

It said the average global price was $8 a tonne, too low to drive changes that will both combat warming and restrict air pollution. Many energy companies and economists say a price of $40 or so would be needed to shift investments.

“In 2016, an estimated $825 billion were invested in fossil fuels and high-emissions sectors. We must stop making bets on an unsustainable future that will place savings and societies at risk,” he said.

He said the Organisation for Economic Cooperation and Development had estimated that climate policies could add one per cent to average economic output in the G20 countries by 2021.

“For years, many insisted that lowering emissions would stifle growth, and that high emissions were the unavoidable cost of progress,” he said. “Today that dogma is dead.”

Syrian Kurdish leaders back longer US role in Syria