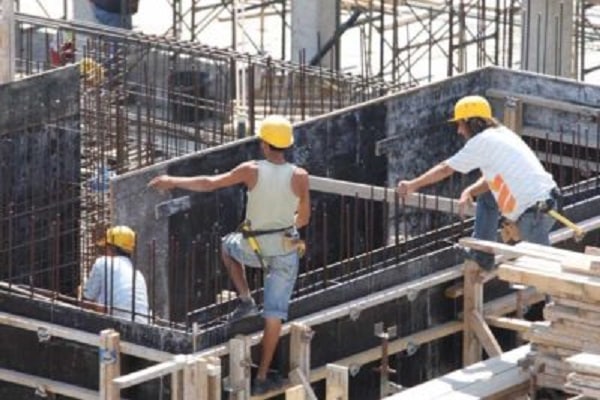 The Scientific and Technical Chamber (Etek) on Thursday called for an update of the construction supervision system after a woman claiming to be an architect was arrested on suspicion of issuing fake building permits.

The chamber, which is the statutory technical advisor to the state and the umbrella organisation for all Cypriot engineers, said that the control system for construction sites was inadequate and proposed a number of measures that could help improve it.

Etek said that a 37-year-old woman who claimed to be an architect and who was arrested this week on suspicion of issuing fake construction permits on two occasions in Nicosia, is not registered with them.

The law provides, it said, that no one can exercise any profession in the field of engineering unless they are members of Etek and have a licence to practice.

The woman was remanded for six days on Wednesday for allegedly issuing two fake construction permits.

She was arrested the same day after she had allegedly drafted fake documents on at least two occasions, police said.

The case came to light after the owners of a house under construction submitted the construction permit the woman had allegedly secured to the electricity authority so that they can be connected to the grid.

The permit had the signature of an official of the district administration who said that he never signed that document and that the authority did not issue the permit in question.

The owners of the house reportedly told police they had paid the suspect around €11,000 for undertaking the preparation of a study and the blueprints which she signed as an architect.

She had given them a copy of the alleged fake building permit last August.

Another couple – that reportedly paid the suspect €5,000 for her services – said that the Tseri municipality had ordered the contractor to stop work on their future home because they had not obtained a construction permit.

The couple said the architect had presented them with a fake confirmation by the mayor that they could go on with the construction.

The 37-year-old reportedly told police that she was an architect and an interior designer but not registered with Etek, and that another person was signing her blueprints.

Etek said that they too notified authorities last month after the 37-year-old had erected a sign at a construction site she was overseeing with a fake membership number and contact details of another member of the chamber. Numerous attempts to contact her had been unsuccessful, Etek said.

This proves the “inadequacy” of the building control system Etek said, which resubmitted proposals it had raised in the past for more effective checks.

The chamber proposed the introduction of a registry of surveyors, the establishment of independent building inspectors, and the reduction and streamlining of building authorities.

It said it has also proposed practical measures to ensure legality, such as presenting a final building approval certificate as a condition for permanent connection to utilities.

“Regrettably, despite the continuous interventions of the chamber, no adequate measures have been taken to ensure effective building control, mainly due to the lack of political will,” it said.

The law, Etek said, provides that a sign must be erected at every construction site with the name of the contractor, architect/supervisor, and the number, date of issue and expiry of the building permit.

Etek urged the public to check whether the engineers they wish to hire are registered members and licensed to practice their profession, through its website (www.etek.org.cy).