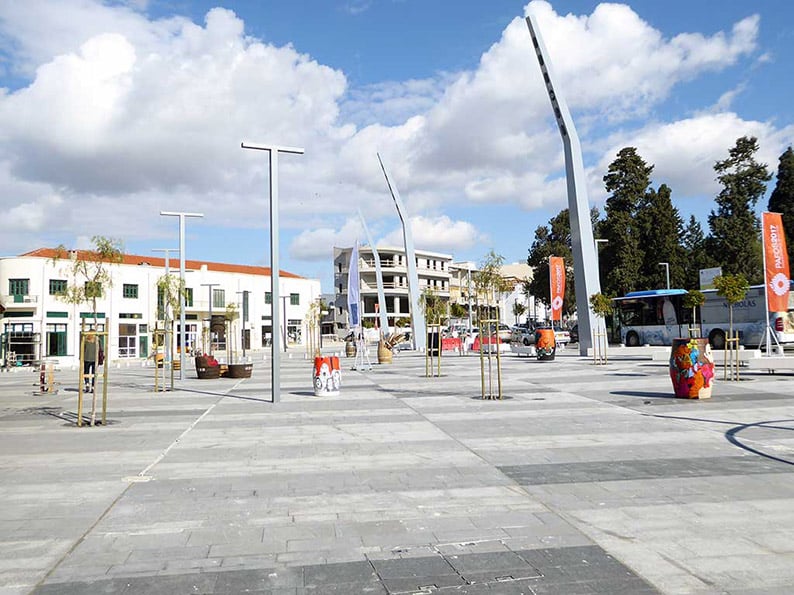 PAPHOS old town is being actively promoted as a “new brand” by the local tourism board in a bid to shake off its old, outdated image and to encourage more people to visit the area.

In 2015, President Anastasiades announced €60m worth of projects for Paphos, including the regeneration of the traditional shopping centre and Kennedy Square, the restoration of the municipal market, the upgrading of the Markideio theatre, and connecting and enhancing the squares of October 28, Kosti Palama and Dionysios Solomos around the town hall. Most of the upgrading work is finished, but some projects have yet to be completed.

Kyriacos Kyriacou, Head of the Friends of Paphos old town association, told the Cyprus Mail that re- branding the area is an important move which will take time, but will ensure the area will reap the benefits.

“This is a new destination, a new brand called ‘Old Town.’ Until now, it has been referred to by all sorts of different titles, and we have to establish the area as a destination under one name,” he explained.

Kyriacou said that this reflects the diversity of the area, which is far more than just a shopping destination, as it was decades ago.

He said that the ‘Old Town’ encompasses a huge area, from the statue of Makarios to Papantoniou supermarket, Moutallos, the main roads and the pedestrianised area, and that these must all be established under one umbrella name, ‘old town.’

“It’s much easier to boost the entire project like this, and all destinations around the world have an old town where people can go to socialise, shop and soak up the culture,” he said.

Nasos Hadjigeorgiou, Head of the Paphos regional board of tourism, said that the entire area is an important part of the tourism sector and brings together a wide range of experiences for all visitors. He said that with this in mind, the tourism board is implementing a programme to highlight the area.

“We have planned a series of actions to show the huge wealth of experiences and infrastructure that are being offered. The area has changed so much and is an excellent choice for both tourist and residents alike,” he said.

As well as being one of the best spots to watch a sunset in the district, as the old town boasts stunning views across the town and out to the Mediterranean, it also has exceptional architecture, places of cultural and religious interest, tourist accommodation, retail outlets, clothing, footwear, traditional products, handicrafts, exhibitions and cultural sites, and artistic and cultural events are all on offer, he noted.

“There are also many bars, restaurants and cafes, as well as satisfactory access giving local and foreign visitors the opportunity to visit the area all year long, any time, day or night,” he said.

‘Old town’ has been included in the tourism board’s new theme map, which has been distributed to hoteliers and other tourist outlets.

It also features in their new three minute promotional film of Paphos. Ahead of the 2018 season, the tourism board, along with hoteliers, will also organise tours so that staff will get a personal experience of the area and the new projects, and then be able to pass on direct knowledge to tourists and become ambassadors for the city, he said.

However, he noted that some shade is also needed, especially along the main shopping streets, to further add to the enrichment of the area.

Kyriacou said: “We also have to find a new strategy to fill the empty stores and we have to ensure that we offer something different and something which is a warm experience,” he said.

Musicians come together over jazz and world music