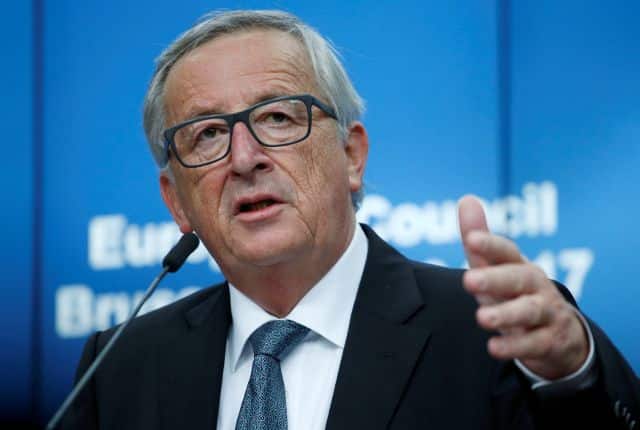 European Union leaders proclaimed a set of 20 “social rights” on Friday in an attempt to make the EU more appealing to voters and counter rising eurosceptic sentiment across the bloc.

The set of social rights, supported by all EU governments and institutions, spells out what the EU believes are the foundations of fair and well-functioning modern labour markets and welfare systems.

It encompasses principles ranging from equal access to jobs and fair working conditions and wages to social protection and unemployment benefits and training.

“Our Union has always been a social project at heart. It is more than just a single market, more than money, more than the euro. It is about our values and the way we want to live,” European Commission President Jean-Claude Juncker said.

“Today we assert our common values and commit ourselves to a set of 20 principles and rights. From the right to fair wages to the right to health care; from lifelong learning, a better work-life balance and gender equality to minimum income,” he said.

Recent elections in Germany, France, Austria and the Czech Republic, in which populist parties have performed well, have shown citizens have lost confidence in governments or in the European Union.

“There is certainly a need to respond,” a senior EU official said.

Britain’s decision last year to leave the EU served as a wake-up call for the bloc and made it reflect on the way forward, including putting more emphasis on social policies.

Juncker and Swedish Prime Minister Stefan Lofven will now produce a report that will allow leaders meeting again next month to see how the principles should be followed.

Some eastern European countries are wary that the push for social rights could be used by some nations to undermine current rules that allow their citizens to work elsewhere in the EU at salaries lower than the local labour force.

The proclaimed set of rights – known as the European Pillar of Social Rights – says everybody has the right to quality education throughout their lives and that men and women must have equal opportunities in all areas and be paid the same.

Minimum wages should be ensured to satisfy the needs of workers and their families, the leaders agreed.

While the rights would not be directly enforceable by the EU, except where they already exist in national laws and therefore subject to national courts, they establish a common EU standard and language for discussion of social issues.

Trade unions and business associations backed the set of European social rights, saying a particular effort was needed to boost the employment chances of young people.

“We want Europe to continue to have the most highly developed social systems in the world,” the business and trade union organisations said in a joint statement.