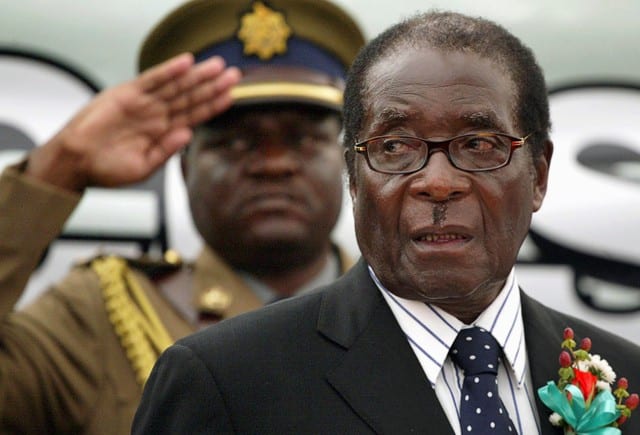 Leaders of Zimbabwean President Robert Mugabe‘s party are making plans to force him from office if the 93-year-old leader resists pressure from the army to quit, a senior party source said on Friday.

The self-styled grand old man of African politics, the only leader Zimbabwe has known since independence in 1980, insists he is still in charge. But the source, a senior member of Mugabe‘s ZANU-PF party, made clear the party wanted him gone.

“If he becomes stubborn, we will arrange for him to be fired on Sunday,” the source said. “When that is done, it’s impeachment on Tuesday.”

That suggested Mugabe was managing to hold out against Chiwenga’s coup, with some political sources saying he was trying to delay his departure until elections scheduled for next year.

The ZANU-PF source said that was not the case. Anxious to avoid a protracted stalemate, party leaders were drawing up plans to dismiss Mugabe at the weekend if he refused to quit, the source said.

“There is no going back,” the source told Reuters. “It’s like a match delayed by heavy rain, with the home side leading 90-0 in the 89th minute.”

Mugabe‘s options look limited. The army is camped on his doorstep. His wife, Grace, is under house arrest, and her key political allies are in military custody. The police, once a bastion of support, have showed no signs of resistance.

Furthermore, he has little popular backing in the capital, a hotbed of support for the opposition, which has tapped into the anger and frustration at his handling of the economy, which collapsed after the seizure of white-owned farms in 2000.

Unemployment is now running at nearly 90 per cent. Chronic shortages of hard currency are driving up the price of imports as much as 50 percent a month.

On social media, Zimbabweans circulated a spoof message to Chiwenga demonstrating the depth of anger at Mugabe.

“If Mugabe refuses to resign, let the army take him to First Street and leave him there. People of Zim will negotiate with him,” the message read.

In a statement broadcast on national television, the military said it was “engaging” with Mugabeand would announce an outcome as soon as possible.

The United States, a longtime Mugabe critic, is seeking “a new era”, the State Department’s top official for Africa said, an implicit call for Mugabe to quit.

In an interview with Reuters, acting US Assistant Secretary of State for African Affairs Donald Yamamoto appeared to dismiss the idea of keeping Mugabe in an interim or ceremonial role.

“It’s a transition to a new era for Zimbabwe, that’s really what we’re hoping for,” Yamamoto said.

The army appears to want Mugabe to go quietly and allow a smooth and bloodless transition to Emmerson Mnangagwa, the vice president, whose sacking last week triggered the military takeover.

The main goal of the generals is to prevent Mugabe from handing power to his wife, Grace, who appeared on the cusp of power after Mnangagwa was pushed out.

Dumiso Dabengwa, a former head of intelligence and a Mnangagwa ally, will hold a news conference in Johannesburg at 1200 GMT.

A South African government source said he expected Dabengwa to discuss the events in Zimbabwe.

“It seems there is some sort of agreement,” the source said.