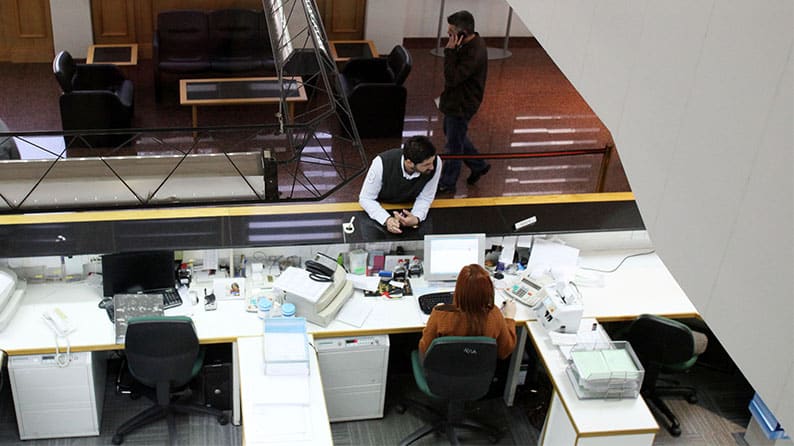 The Financial Ombudsman may now award damages of up to €100,000 (up from €50,000 previously) for real losses suffered by a consumer

Parliament on Monday passed a law expanding the scope of action of the Financial Ombudsman and empowering the agency to impose heftier fines on banks found to have treated debtors unfairly.

With the amendments to the relevant law, the Financial Ombudsman may now award damages of up to €100,000 (up from €50,000 previously) for real losses suffered by a consumer, following a final decision that goes against a financial corporation.

In addition, the agency will examine complaints worth up to €250,000 relating to disputes between consumers and financial corporations, up from €170,000 currently.

The amendments also allow legal entities to lodge a complaint whose turnover – in the year prior to that when they file a complaint – does not exceed €350,000, compared to €250,000 today.

Another change extends the deadline during which a debtor may apply for mediation, from 14 days currently to 30 days.

The agency’s scope is expanded to handle cases of loans granted for business premises.

Decisions by the agency’s executive – the board of directors – will henceforth require prior consultation with the Financial Ombudsman, who will be appointed/terminated by the cabinet.

The board comprises seven members, likewise appointed by the cabinet. One of the members is a representative of the banks.

The Financial Ombudsman was set up as an independent service tasked with settling disputes between financial institutions and their customers – a daunting undertaking given the astronomical number of non-performing loans (NPLs) in post-March 2013 Cyprus.

The agency is designed to serve as an independent authority to be engaged once all internal restructuring efforts made privately between the banks and borrowers have been exhausted, in order to help broker a settlement without resorting to the courts.

Also on Monday, the House plenary passed a legislative proposal stipulating that owners of immovable property must “adequately and in a timely manner” be informed of any decisions – governmental or otherwise – that materially affect their property.

The relevant authority must inform the property owner in writing following any such decision.

The legislative work of the plenary was curtailed due to the presence in the House of Representatives of visiting Egyptian President Abdel Fattah al-Sisi.

The House plenary is normally held on Fridays.

Get your groove on at Mason bar

Stolen artefact will be returned to Egypt without fanfare