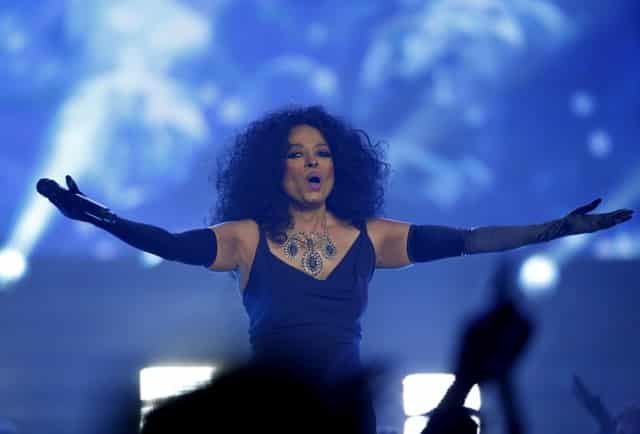 Pink, Lady Gaga and Christina Aguilera led female artists of pop music dominating the American Music Awards stage on Sunday with powerful performances, despite being edged out by male artists in most award categories this year.

The women of pop delivered the night’s biggest moments.

Pink and Kelly Clarkson sang REM’s “Everybody Hurts,” dedicated to first responders and victims of the recent hurricanes and wildfires that have ravaged parts of the United States.

Lady Gaga performed “The Cure” from the Washington D.C. stop of her tour, playing on a Perspex piano and then dancing as sparks rained down on stage. She won favorite female pop/rock artist.

“Just remember that if you feel different or not understood, don’t you dare give up on who you are, fight like hell for what you believe in,” Lady Gaga said.

Motown superstar Diana Ross received this year’s lifetime achievement award with video tributes from Barack and Michelle Obama and Taylor Swift. Ross performed a medley of her hits including “I’m Coming Out,” “Take Me Higher” and “Ain’t No Mountain High Enough.”

“I feel so humbled by this,” Ross said, surrounded by her family on stage.

Actress Viola Davis paid tribute to the late Whitney Houston and the 25th anniversary of Houston’s film “The Bodyguard,” as Christina Aguilera belted a medley of hits from the film. Houston died in 2012 aged 48 after drowning in a hotel bathtub.

Korean boy band BTS garnered some of the loudest screams from the audience as they performed “DNA” on a neon-lit stage.

Linkin Park was named best alternative rock artist, a bittersweet win for the band after the July suicide of frontman Chester Bennington.

The band dedicated the win to Bennington and “his memory, his talent, his sense of humor, to his joy.”

Following are winners in key categories.

ARTIST OF THE YEAR
Bruno Mars

TOUR OF THE YEAR
Coldplay

VIDEO OF THE YEAR
“That’s What I Like” – Bruno Mars