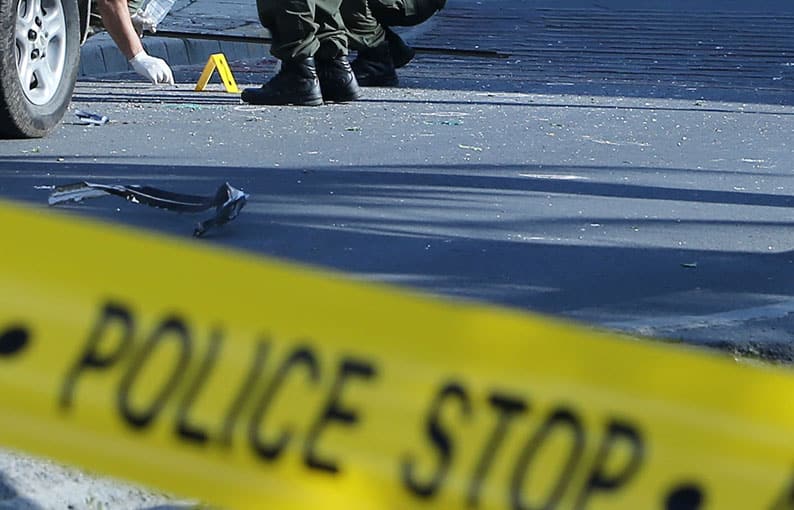 The Larnaca district court on Monday remanded a Russian man for eight days after he confessed to murdering Daniel Nikolov, 51, from Bulgaria, on November 11 in Larnaca.

The 57-year-old, known only by his first name, Andrei, was arrested on Sunday afternoon after police had been searching for him for days.

On Saturday, police had arrested another Russian man, 49, in connection with the case and remanded him for eight days.

The victim, Bulgarian Daniel Nikolov, 51, was found in a state of advanced decomposition at his home in Larnaca on Friday after neighbours complained about a foul smell coming from the apartment.

He had a knife in his chest and a post mortem revealed 18 wounds to his chest and back which were caused by a sharp object. It was determined the murder was committed five to seven days before the body was discovered.

Police said evidence at the scene suggested a struggle had taken place prior to the murder, as the floor was covered with broken furniture and blood.

When the 49-year-old was questioned with a help of an interpreter he denied any involvement in the case and made various allegations. He said he got to know Nikolov through a Russian called Andrei who had recently lived in the same apartment with the Bulgarian and probably knew more about the murder.

Police officers, from testimonies they secured, learned that over the past two months, Andrei had cohabited with the victim, they worked together occasionally on building sites and the Russian depended financially on the victim. According to the same testimonies, while Nikolov and Andrei had usually spent most days together Andrei was absent over the past week.

He had switched off his mobile and despite efforts by Larnaca police and people who knew him could not be located.

On Sunday, after a tip-off, he was finally found in the apartment of a 33-year-old man from Lithuania in Larnaca.

Asked by police about Nikolov’s murder, the suspect admitted that he had killed the victim on November 11 by stabbing him after a fight at their flat.

He also claimed the 49-year-old Russian was present at the scene and like himself was attacked by Nikolov.

According to the testimony of the 57-year-old, after committing the murder they both left the scene in the 49-year-old’s car. The older man then changed clothes at another apartment he has in Pyla and threw the bloody clothes in a trash can on the Larnaca – Dhekelia road.

He then stayed at the Pyla flat until November 13 before going to stay in the Lithuanian’s home where he was found six days later.

The apartments were searched but no incriminating evidence was found.

Madonna nudes going up for auction