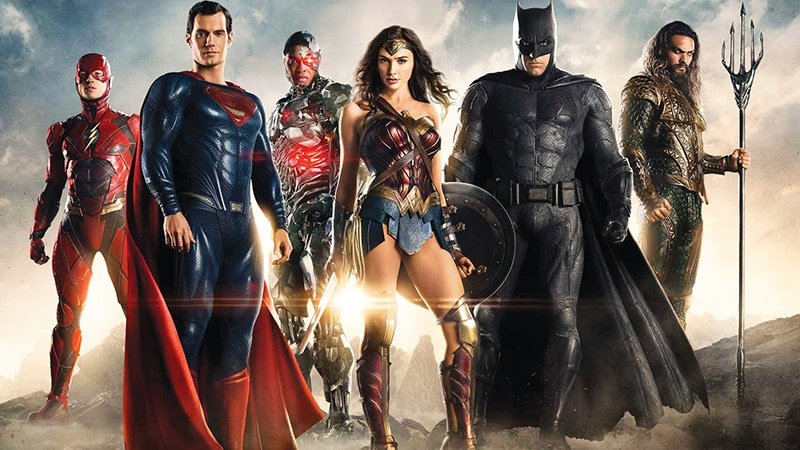 Sorry to lead with the money (though it’s probably apt), but let’s just note that the last three films based on DC Comics characters – Batman v. Superman: Dawn of Justice, Suicide Squad and Wonder Woman – made an impressive $873 million, $745 million and $821 million at the global box-office, respectively. It’s no secret that the first two of those were roundly trashed by the comic-book community, so you have to wonder: if comic-book fans are snubbing these films, who the hell is watching them? Then again, maybe DC (the opposite pole to Marvel) have discovered something new, viz. that there’s an audience for big-budget tentpoles starring iconic characters even – or especially – when those characters remain fairly vague. Justice League is more of the same, a brisk, handsome void that passes the time and will not be acclaimed by comic-book geeks as the Best Film Ever.

Actually, it’s not ‘more of the same’ – because the first of the recent DC films, Batman v. Superman, filled the void with feverish style, making it (for me) weirdly compelling and (for fans of the genre) distressingly incoherent. That was directed by Zack Snyder, who now returns for League – but he seems to have been neutered (or maybe it’s because much of it was shot by Joss Whedon after Snyder stepped away from the project), bringing little of the previous film’s madness.

Instead we have a cut-price Avengers, once again led by a hero who’s rich, low on superpowers (beyond being rich) and reliant on high-tech gadgets – in this case Bruce Wayne a.k.a. Batman (played by Ben Affleck), as opposed to Tony Stark a.k.a. Iron Man. Exotica is supplied by Wonder Woman (Gal Gadot) and Aquaman (Jason Momoa), comic relief by The Flash (Ezra Miller) whose shtick is querulous and Woody Allen-ish (‘Why do we have brunch when it’s basically lunch?’ goes a typical talking-point). Fortunately there’s also a super-sub, thrown onto the pitch when the game threatens to collapse: the ambivalent Superman (who seemingly died three films ago, but come on), first seen being interviewed by some kids for a YouTube video. “What’s the best thing about planet Earth?” ask the kids – but Superman is silent, so tormented about the whole thing he can’t even give them some generic superhero waffle.

That’s the intriguing aspect of Justice League, its secret coldness – and Batman, if anything, is even colder (Supe “is more human than I am,” he admits, accurately), which of course also stems from Affleck’s remote, wooden quality. Whereas the Marvel films are becoming more exuberant (Thor: Ragnarok is an out-and-out comedy), their DC counterparts seem to be growing moodier and more perfunctory, as if everyone inwardly wishes they were somewhere else. The Avengers have only one unhappy neurotic (The Hulk), this lot have at least three – the third being Cyborg (Ray Fisher), who views superpowers as a crippling injustice. “If these are gifts,” he tells Batman sadly, “why am I the one paying for them?”

All very ‘troubled’, though not really: the Joker in The Dark Knight (to name the most obvious example) offered something truly troubling, malicious anarchy unleashed for its own sake – but the villain here is Steppenwolf, who’s looking for three magic boxes (I beg your pardon, “perpetual energy matrixes”) so he can, yes, rule the world. Justice League works in a straightforward way, seasoned rather than defined by its gloomy superheroes; it feels like it might’ve been made 30 years ago, before the current Golden Age of Geekiness.

The void is there, inescapably. The rhythm flags at one point, just because there are too many characters and too many unrelated scenes. Lois Lane (Amy Adams) has a chat with Mrs. Kent about the absent Man of Steel. There are Amazons and men from Atlantis. The pivotal bit – Superman coaxed back into the fold – is done in the most route-one way possible (a loooong conversation between Lois and Supe in an all-American cornfield), as if the filmmakers simply ran out of ideas. Does it matter? Well, yes and no. On the one hand, one obviously wishes the film could be better; on the other, it’s almost refreshing that it’s so unambitiously plain – and the battle with the Amazons is lively, and Superman works as a super-sub. Indeed, given his evident superiority to everyone else in the movie, he could only work as a super-sub.

It’ll be interesting to see if Justice League follows the pattern of past DC entries, reviled by fans (and most critics) but accepted happily enough by the mass audience. Maybe even casual viewers will decide they deserve better this time – and they do, even if the film is quite watchable. The void only takes you so far. Wonder Woman seems a bit out of place in this film (her role was presumably expanded after the success of her own film) – but she does get to counter Batman’s brand of high-tech heroism at one point, arguing for “reason and heart” over coldness and gadgetry. Maybe next time.

Another upgrade of Cyta’s international network