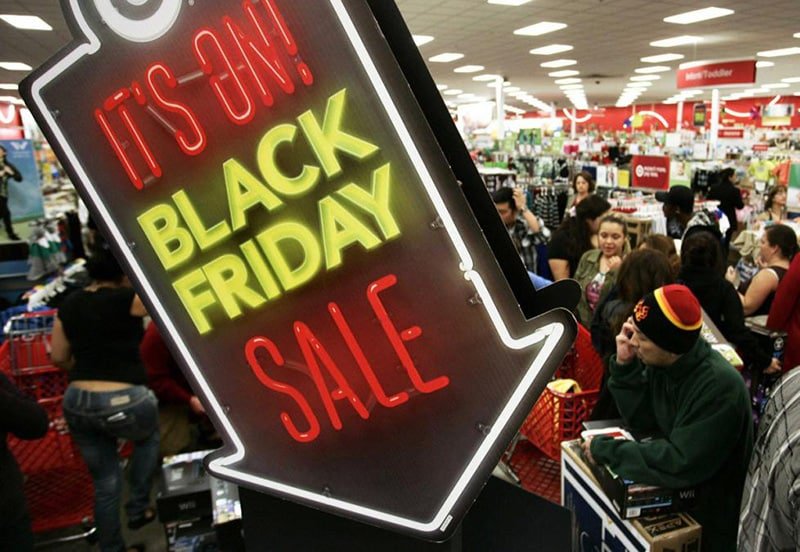 Black Friday. Once used to describe the day after Thanksgiving in the US in a variety of contexts, the phrase is now synonymous with the shopping rush that marks the beginning of the Christmas shopping season — and all the madness that goes with it.

Those promotional sales offering very low prices can make shoppers quite literally crazy. Brawls and viral videos of chaotic crowds are not uncommon.

People apparently do anything for a good Black Friday deal. Check out these terrifying Black Friday stories that actually happened:

1) A department store in the US offered plasma TVs at an extremely low price. A man showed up three days before the big sale, armed with a tent, ice coolers, generator, TV and everything he needed to brave the three nights he would be staying. On Friday, at 5:00am, the doors opened and the man goes straight to the plasma TVs to see that they were all gone. What happened? The doors to the store via garden centre opened up about 10 seconds before the front doors and those coming through that way before scooped up on all 15 plasma TVs.

2) A man punched a security guard in the face because he thought he was a customer skipping to the front of the line…He was just walking in the door to start his shift.

4) A late night Black Friday sale at a shoe store in Vancouver got out of hand when a shirtless man began using his belt as a whip.

Just a very small taste of what happens every year on Black Friday, when people can get discounts of up to 80 per cent off. Black Friday appears to be growing in popularity year on year worldwide. It has become a global phenomenon. Canada, the United Kingdom, Australia, China, Japan and Russia topped the list of countries that saw the most cross-border orders pour in over the Black Friday.

Black Friday sales phenomenon has now come to Cyprus. A number of retailers in Cyprus are set to host Black Friday sales. The first question is WHEN? Black Friday falls on November 24 but some shops are extending their discounts during the week too.

Click here for just some of the latest offers and Black Friday Deals in Cyprus.

Art times two at the Bank of Cyprus Cultural Foundation