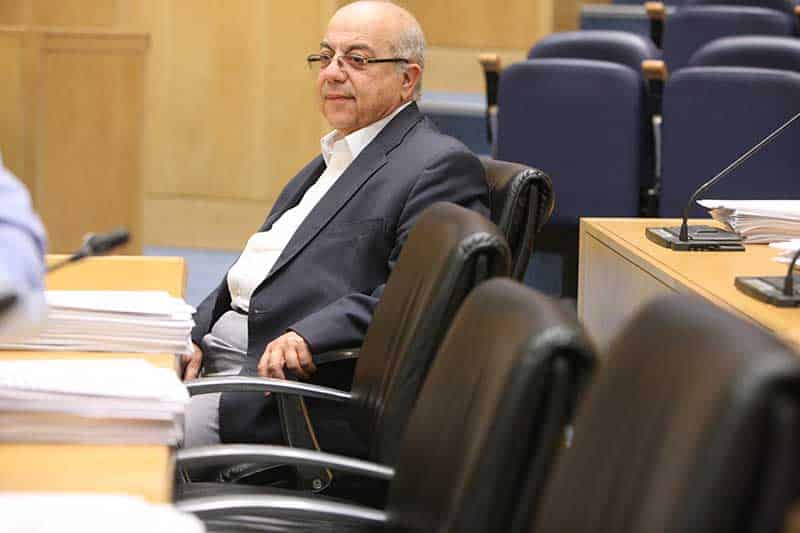 Main opposition Akel is to decide after the presidential elections whether to reinstate or expel from the party its once prominent member Nicos Katsourides whom it indefinitely suspended in May 2015 over his alleged involvement in the Dromolaxia scandal, it was reported on Tuesday.

According to the daily Politis, Akel is to make the decision after the January election to avoid causing a stir within the party that could affect the outcome. Akel backs Stavros Malas, who is running as an independent candidate for president.

Politis, citing sources within the party, said that Akel had reassessed Katsourides’ status a year after his suspension and had decided that there were no reasons justifying his comeback.

It also said that Akel had asked Katsourides a few weeks ago to participate in an event to show his support for Malas.

Speaking to Alpha TV earlier in the week, however, Katsourides said that this will depend on the party’s decision as to his own status.

Katsourides was commenting on statements by Akel general secretary Andros Kyprianou, who said some two weeks ago during an interview on TVOne that they were expecting their ex-pelled comrade “to side himself with the decision of his party as an Akel member, born and bred”.

Kyprianou said that Katsourides, as a party member that rose to Akel’s upper echelons, “owes to himself and the name of the family (Akel) to first and foremost side with the decisions of his party”. Akel, Kyprianou said, is “gracious”, hinting that this could be taken into consideration in the party’s decision.
But Katsourides maintains that the final decision on his status must be made before further actions are taken.

“If it (decision) is negative, it is my decision what I will do. If it is positive, it goes without saying as per my status (that he would support Malas),” he said.

Katsourides said there are other issues that concern his comeback, which he has already dis-cussed with Akel but which he does not wish to make public.

On Monday he also denied he is in consultations with Diko. He said he has had meetings with all parties.
Akel suspended Katsourides because of his alleged involvement in the land scam concerning the purchase by the CyTA Pension Fund of Turkish Cypriot property in Dromolaxia, Larnaca, and the construction of an office space complex at an inflated price, which saw five people convicted in January 2015, including Akel member Venizelos Zanettos.

Zanettos, who was sentenced to three and half years in prison after he was found guilty of extorting money from the main prosecution witness, businessman Nikos Lillis, had said in his court testimony that Katsourides was also involved.

Prior to Katsourides’ suspension, a party statement said that its Central Committee had found “mistakes, omissions, and culpability on behalf of members, and has made decisions that would be made known to the party soon”. Akel at the time claimed that the party had nothing to do with the scandal and that any involvement was “invented by political adversaries to be-smirch the party name”. The party had always maintained that Zanettos was wrongfully ac-cused.

Our View: Tripartite summit has value but use overstated