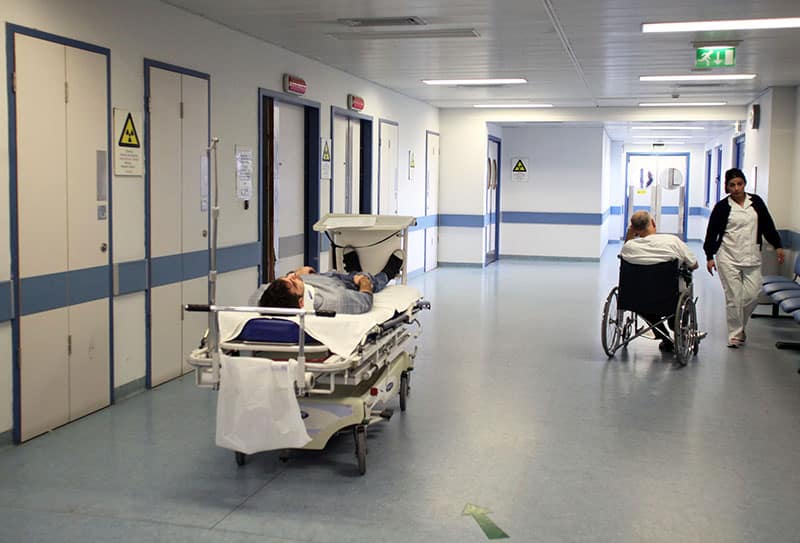 Cypriots’ health is good in spite of an overloaded public health system that does not provide universal coverage and spending less than most other EU countries, said a survey published by the European Commission on Thursday.

Life expectancy at birth was 81.8 years in 2015, up from 77.7 years in 2000 and above the EU average. Some 80 per cent of the population reports to be in good health, though there are notable socioeconomic inequalities.

Life expectancy gains are mainly due to fewer deaths from cardiovascular diseases, though they remain the leading cause of death, on the island.

The 28 country health profiles, published by the Commission on Thursday, suggest that only by rethinking the health systems can states ensure they remained fit-for-purpose and provide patient-centred care.

The reports provide an in-depth analysis of EU Member States’ health systems –they look at the health of the population and important risk factors, as well as at the effectiveness, accessibility and resilience of health systems in each EU member state.

“Spending only 3 per cent of our health budgets on prevention, compared with 80 per cent on the treatment of diseases, is simply not enough,” Vytenis Andriukaitis, Commissioner for Health and Food Safety, said. “We need better access to primary care so that the emergency room isn’t people’s first port of call. And we need to enshrine health promotion and disease prevention into all policy sectors to improve people’s health and reduce pressure on health systems.”

According to the commissioner, those are but a few of the findings of the 2017 State of Health in the EU report.

“By offering comprehensive data and insights, we aim to support national health authorities in tackling the challenges and in making the right policy and investment choices,” Andriukaitis said.

Cyprus spends less on health than most other EU countries.

The government spent 7.1 per cent of its total budget on health in 2015, the lowest share in the EU.

Amenable mortality in Cyprus remains one of the lowest in EU countries, partly due to low incidence of some treatable conditions, including some cancers.

Unmet need for medical care is above the EU average but still relatively low given the lack of universal access to the public system and the high share of expenditure paid out-of-pocket, 44 per cent.

Pressures exacted by the economic crisis highlighted the need for health system reform. After decades of delays, in 2017 the government took tangible steps towards implementing its new health care system.

Long life expectancy in Cyprus can be mainly attributed to a drop in mortality from cardiovascular diseases, including heart disease and stroke.

Despite these improvements, cardiovascular disease remains the main cause of death among women, 36 per cent of all deaths, and 34 per cent among men.

Cancer is the second leading cause of death, accounting for 19 per cent of all deaths

among women in 2014, and 27 per cent among men, though the age standardised death rate for cancer was still lowest in the EU.

The vast majority of people in Cyprus – 80 per cent – said they were in good health, a much higher than the EU average of 67 per cent.

The percentage of adults who reported smoking every day in Cyprus in 2014 remains well above the EU average – 26 per cent versus 21 per cent — and fourth highest overall.

Based on self-reported data, which underestimate the true prevalence of obesity, about one in seven adults in Cyprus were obese in 2014, around the EU average of 15 per cent.

However, Growing childhood obesity rates are a cause for concern. One study finds that more than 25 per cent of adolescents aged 12 to 17 in Cyprus were overweight or obese in 2009–10 (latest year available)

“This represents a significant increase from estimates a decade earlier.”