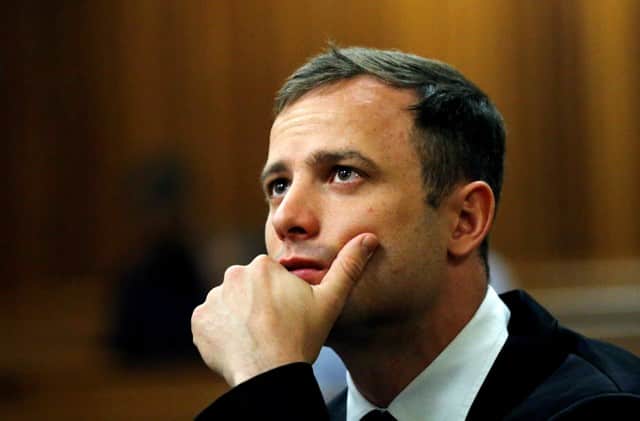 Rights groups in a country beset by high levels of violent crime against women say Pistorius, a gold medal-winning athlete known as the “Blade Runner” for his carbon-fibre prosthetics, received preferential treatment compared to non-whites and those without his wealth or international celebrity status.

Pistorius was jailed in July last year after being found guilty on appeal of murdering Steenkamp on Valentine’s Day 2013 in a case that attracted worldwide interest.

He was not in court for Friday’s ruling. The court handed down the minimum 15-year sentence prescribed for murder in South Africa, and subtracted the years Pistorius had already served.

Steenkamp’s family, who were not in court for the ruling, welcomed the sentence and said it showed justice could prevail in South Africa.

“This is an emotional thing for them. They just feel that their trust in the justice system has been confirmed this morning,” Tania Koen, a family spokeswoman, told Reuters.

Judge Willie Seriti, reading out the court’s decision, said: “The sentence imposed … in respect of murder is set aside and substituted with the following: the respondent is sentenced to imprisonment for a period of 13 years and five months.”

The athlete was originally convicted of manslaughter and sentenced to five years in jail. That conviction was increased to murder by the supreme court in December 2015 and his sentence was increased to six years by trial judge Thokozile Masipa.

At the time, Masipa ruled that although the Steenkamps had suffered a great loss, Pistorius’ life and career were also in ruins, adding that “a fallen hero can never be at peace”.

State prosecutors said they would appeal, arguing there had been no mitigating circumstances to give such a sentence.

At a hearing earlier this month at the appeals court, state prosecutors, led by advocate Andrea Johnson, said the athlete had shown no remorse for firing four shots through a locked bathroom door that hit Steenkamp.

Defence lawyer Barry Roux had told the court at the appeals hearing that Pistorius did not deliberately kill model and law graduate Steenkamp and the appeal should be thrown out.

The family of the athlete, who had the lower part of his legs amputated when he was a baby, were not immediately available to comment.