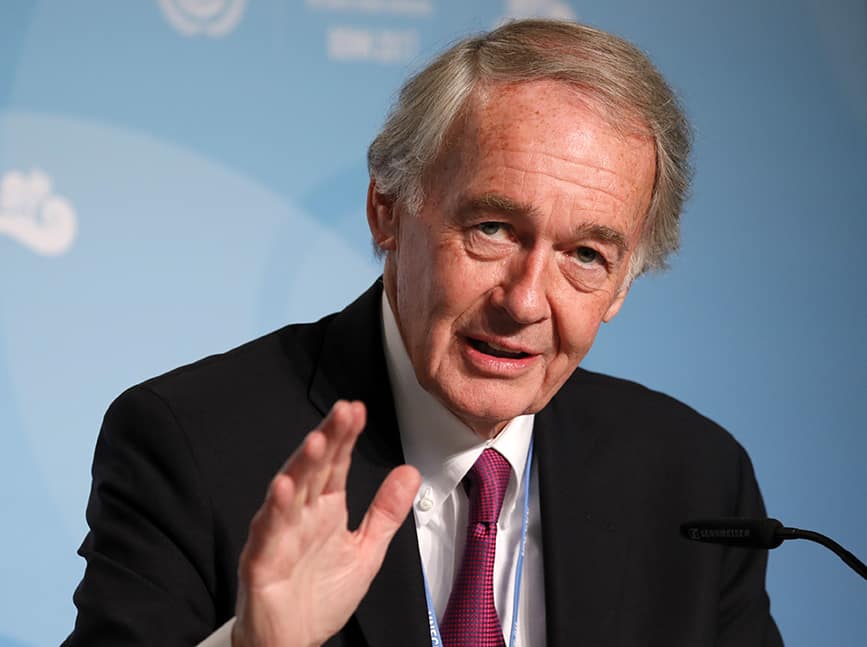 “The president has absolute authority, unilateral power to order the use of nuclear weapons,” said Bruce Blair.

The nuclear codes are “the length of a tweet. It would take them one or two minutes to format and transmit that directly down the chain of command to the executing commanders of the underground launch centres, the submarines and the bombers.”

While serving in the US air force in the 1970s, Blair was a launch control officer for Minuteman ICBMs. Weekly dry runs down in the capsule, turning the keys that would send 50 nuclear-tipped ballistic missiles on their way, has led to profound reflection in many of the people who did it. It led Blair to found Global Zero, a group that advocates eliminating nuclear weapons entirely.

Blair was being interviewed in connection with the controversy that has erupted in the US since President Trump’s August tweet threatening to rain “fire and fury like the world has never seen” on North Korea if Kim Jong-un threatened the United States again. Does he actually have the unilateral power to do that, and if so should it be taken away from him?

Senator Ed Markey and 13 co-sponsors introduced a bill that would require Trump to obtain a declaration of war from Congress before launching a nuclear first strike. Senator Chris Murphy, a co-sponsor, explained that “We are concerned that the president is so unstable, is so volatile, has a decision-making process that is so quixotic, that he might order a nuclear weapons strike that is wildly out of step with US national security interests.”

The bill will never get past the Republican majority in Congress, but it did lead to a Senate Foreign Relations Committee hearing last week that examined the president’s power to start a nuclear war. As you would expect, various generals rolled up to say that everything is under control. But it wasn’t very reassuring.

The star witness was Robert Kehler, a former head of US Strategic Command, who said that in his former role he would have followed the president’s order to carry out a nuclear strike – if it were legal. If he doubted its legality, he would have consulted his own advisors – and he might have refused to do it. One senator asked: “Then what happens?” Kehler replied: “I don’t know.”

The current head of US Strategic Command, General John Hyten, had another go at it on Saturday. He told the Halifax International Security Forum that he and Trump have had conversations about such a scenario and that he has told Trump he wouldn’t carry out an illegal strike. (Under international law, using nuclear weapons first is almost always illegal.)

But Trump doesn’t have to consult General Hyten, or any of his own military advisers, before ordering a nuclear attack on North Korea – or Iran, or anywhere else. He just puts the launch codes into the ‘football’ that an aide always has nearby.

As Bruce Blair pointed out, it would only take a couple of minutes for the launch orders to cascade down the chain of command and reach the “commanders of the underground launch centres, the submarines and the bombers”. It’s even possible that none of the people on duty who would have to execute the orders would be generals.

The generals would get the order too, of course – but as Blair says: “If they felt that it was a really bad call or illegal, and they wanted to try to override it, they could try to transmit a termination order, but it would be too late.” Trump really could make a nuclear first strike on North Korea all on his own. On this vital issue, there is no “adult supervision”.

This bizarre situation dates back to the early days of the Cold War when both the United States and the Soviet Union had ‘launch-on-warning’ policies because they feared that an enemy first strike could destroy all of their own nuclear weapons and leave them helpless. “Use ‘em or lose ‘em” was the mantra, so the US and Soviet leaders both had the authority to launch their missiles in minutes.

Later on, both countries buried their ballistic missiles in underground silos or hid them in submerged submarines so they could not lose them in a surprise attack. They no longer had to launch on a warning that might be false: if there really was an attack, they could ride it out and retaliate afterwards. But the US never took back the president’s ‘instant launch’ authority. That was an oversight that needs to be rectified.

It would be a simple matter to restrict Trump’s unilateral launch authority to situations where there is hard evidence that a nuclear attack on the United States is underway. Simple in legal and technical terms, that is. In political terms, very hard if not impossible.

Registration of societies and institutions