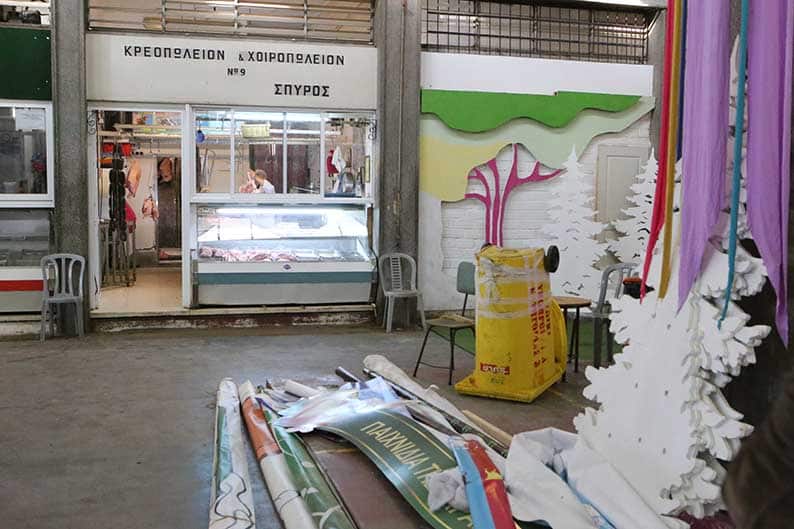 With the redevelopment of Eleftheria square, central Nicosia’s main public space, still not finished, some five years after the original due date, the municipality has been forced to make other arrangements for its Christmas events.

According to the spokesman of the municipality, Makis Nicolaides, what’s important is to create a festive atmosphere in the capital.

“We will decorate the city centre and central roads to create a multidimensional atmosphere on the festive days,” Nicolaides said.

The focus this year is the old municipal market square within the old part of the town which will for be turned next month into a ‘Christmas Square’.

The municipality decided to move the annual event to the old town after four years on Makarios Avenue after it got sued by business owners over the problems caused by closing such a major road in the city centre to traffic for a month.

Space restrictions mean the 2017 set-up will be much smaller than previously. Five ‘Christmas houses’ outside the market will be rented out to merchants, while there will also be a Santa workshop, food and drink stalls and a number of events. Between December 1 and 31, the market building itself will host a pop-up festival, with stalls selling jewellery, handicrafts and other potential Christmas gifts.

The pop-up festival – renting out shopping units cheaply for a month – was first introduced for the Makarios Avenue events as a way of trying to lure back shoppers to what had been the main shopping thoroughfare which had gone into decline due to a combination of competition from shopping malls and the banking crisis.

Municipal crews are working to set up the stalls at the municipal market, have already put up the Christmas tree and are gradually installing the decorations on various central roads.

Most owners of the very few shops left open near the municipal market have mixed feelings about the Christmas events.

On the one hand, they want the traffic they will attract, but on the other, they feel that construction works in the area for the new town hall, and turning the parking outside the market into a pedestrian square is keeping away their customers, and left them struggling to survive.

A business owner near the municipal market also felt that the municipality “could do better” when it comes to decorations. “It’s not finished yet, but so far it looks awful. There is definitely room for improvement. It’s like they did it just to do something. They haven’t put their soul in it,” said the business owner who wished to remain anonymous.

He welcomed, however, the decision of the municipality to organise the main Christmas events there as it would attract thousands to that forgotten part of the city.

“I’m not expecting many customers as they will be coming here especially for these events and not my business but, at least, it will be an advertisement for my shop,” he said. “People will see it and keep it in mind for the future.”

Coppersmith Glafkos Christodoulides whose shop is right across from the municipal market is hopeful that the Christmas events will bring in business and bring life to the area.

“In the past few years, we get around five people per day walking in our shops,” he said.

For butcher Spyros Makrides, who will be forced to leave his shop of 54 years at the municipal market by the end of the year when the market finally closes down, the Christmas events make little difference as they begin after shops close for the day.

“But even if those events did help business pick up, I will still be forced to leave by the end of the year and be out of a job, as I can’t transfer my walk-in fridge and I would need more than €30,000 to build another one.”