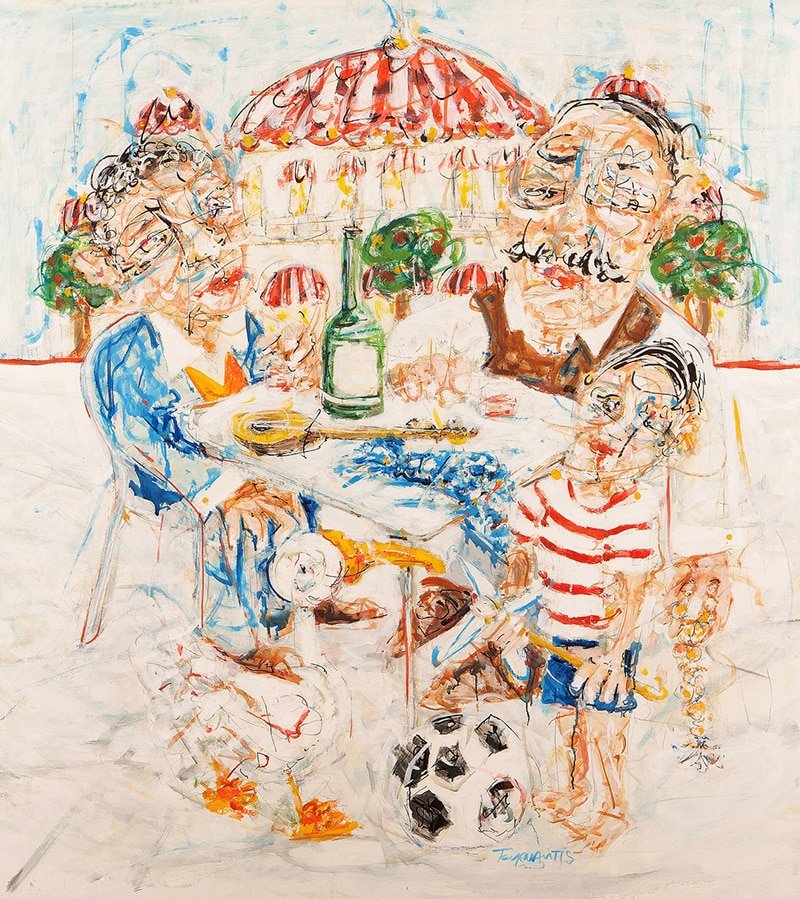 Greek artist Thomas Tournavitis will present his latest painting exhibition under the name Saints in Carousel on Friday in the capital.

Tournavitis presents scenes and people in ways that make them seem very familiar while also creating a sense of the unexpected and unfamiliar. His portraits of people are as if bathed in sunlight. It seems that this light has distorted the characters in places while the scenes they are in are much more in focus. These people are very clearly Greek people who follow Greek traditions and are surrounded by items which very closed identity themselves with Greek customs and every-day life. The reason behind Tournavitis’ portrayal of these people and circumstances, is that in today’s modern world, some of these customers are beginning to get lost.

As historian Annita Patsouraki said “Thomas Tournavitis’ paintings are guided by teachings, theoretical and technical education, and they are inspired by ideal and timeless ethical values. Following the steps and signs of faith, in what was taught as sacred and sincere, he has recorded these values in his compositions by bringing together facts and city characters that coexist with nostalgia in an atmosphere familiar to all.”

Tournavitis, from Athens, studied at the atelier of sculptor Nikos Stefos. He graduated in 2005 from the University of Fine Arts in Derby with a BA in Fine Arts and continued his postgraduate studies in Berlin. He has worked as a Lecturer at the Department of Photography D. IEK Volos and as an Art teacher in public and private primary schools in the city of Volos, Greece.

Saints in Carousel is the artist’s seventieth solo exhibition. His work has also featured in over 30 group exhibitions in Greece and abroad.

The exhibition will be inaugurated by the Greek ambassador Euriklia Panayiotou.

Stalemate over introduction of junior ministries