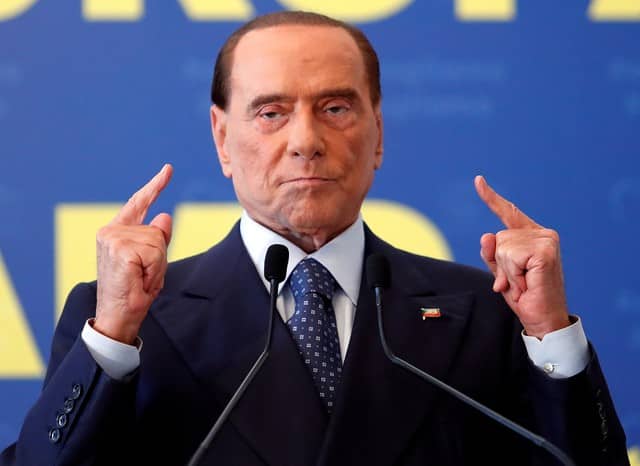 Silvio Berlusconi has suggested a Carabinieri (military police) general could be Italy‘s next prime minister if his centre-right bloc wins national elections slated for early 2018.

Berlusconi, a four-times prime minister, is barred from holding public office because of a 2013 conviction for tax fraud. He is trying to overturn the ban, but is seeking alternative candidates if his legal battle fails.

“I have many names, but there is someone who is very capable … who has had success and is esteemed by everyone, General (Leonardo) Gallitelli,” Berlusconi told a Sunday night chat show on state broadcaster RAI.

Gallitelli headed the Carabinieri, a military police force that operates under the control of both the defence and interior ministries, from 2009 to 2015. He is currently head of Italy‘s anti-doping office.

Berlusconi said he had not yet discussed the idea with Gallitelli. He has previously suggested that European Central Bank Governor Mario Draghi or the CEO of carmaker Fiat Chrysler, Sergio Marchionne, could be his prime ministerial candidate.

The billionaire media tycoon was widely written off after he quit as prime minister in 2011 amid a sex scandal. But he has made a remarkable political comeback and his Forza Italia (Go Italy!) party is now the lynchpin of a centre-right coalition that leads in opinion polls ahead of next year’s election.

Berlusconi, 81, said if his bloc took power he would like to see 12 people from outside the world of politics appointed to the cabinet, with only 8 ministries entrusted to politicians.

His allies, the far-right Northern League and Brothers of Italy, are likely to baulk at the suggestion. The three parties have agreed that whichever group gets more votes next year should nominate the prime minister.

Forza Italia is just ahead of the Northern League in the polls, but surveys indicate no one party or bloc will win enough votes to govern alone, meaning a hung parliament looks likely.

Increased dust in the atmosphere