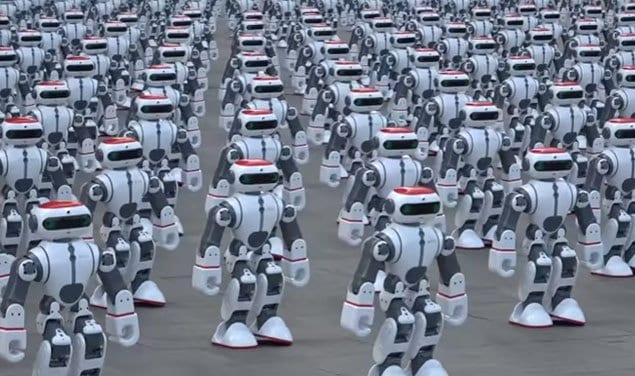 Although many jobs are at risk of upheaval due to automation, humans still possess valuable skills unmatched by robots. As long as educational institutions adapt traditional curriculum, and stay ahead of the curve, people will always be able to find something to do.

Unless you’ve been living on Mars, you will be aware that the world is going through another bout of soul-searching about how robots could take our jobs. The concerns aren’t new. But they are now newly urgent.

Artificial intelligence programs such as Alpa Go have been trouncing humans in tasks that were once thought impossible for computers, defeating even the best human Go players. Driverless cars are now taking to our streets. And every day we receive items we have bought, dispatched from warehouses full of robots working in what are called ‘human exclusion zones,’ where people aren’t allowed.

It’s not surprising that people are worried, or that anxiety has spread from people working in factories and warehouses to ‘white-collar’ professionals including lawyers and accountants, who can see just how easily an artificial intelligence bot could do their job more efficiently and cheaply than them.

So should we be worried? So far the debate in most countries has been polarized between enthusiasts who want technology at all costs, and sceptics who can only see the downsides.

Both sides are probably wrong.

A closer look suggests that the effects of automation are unlikely to be as dramatic as many fear, and more importantly, that we can shift the odds.

U.K. educational firm Pearson, in partnership with Nesta UK and researchers from the University of Oxford’s Martin School, recently released a report entitled “The Future of Skills: Employment in 2030.” The report includes a detailed study of future jobs in the U.S. and the U.K., breaking down each job into a bundle of skills and analyzing how a range of trends including not just automation, but also how factors such as ageing and climate change could affect future demand.

What we found presented a very different picture from the doom-laden headlines.

The study confirmed what history shows: that labour markets change fairly slowly over time, even during what, in retrospect, looks like radical transition and disruption. That’s why most people you know probably work in jobs that have existed for decades.

It showed that many sectors are at risk of upheaval – in particular ones involving repetitive physical jobs in manufacturing or distribution. But the upheaval won’t happen overnight and it will probably be combined with off-setting job creation, as has happened in the past.

In the U.S. and the U.K., there’s likely to be healthy job growth in many fields in the foreseeable future, including caregiving, teaching, food, hospitality, sports and other jobs that are quite hard to automate. We also found that many jobs are likely to be reshaped. So, for example, waiting jobs in restaurants won’t disappear, but there will be much more use of technology in place of paper notebooks.

The research confirmed that we shouldn’t exaggerate what robots can do. Today’s robots can’t tie shoelaces and they still struggle to walk on uneven ground. They can solve well-formulated problems where there’s lots of data, yet for most of our everyday tasks, this is unnecessary.

None of this should make us complacent. We are indeed witnessing a revolution and that will, in time, require workers to have very different skills. Skills that are harder to automate will be the most in demand such as creativity, problem-solving, critical thinking, teamwork and analytical thinking. These should be at the core of every school and university curriculum, and adults at risk of losing their jobs should be trained with these skills to ensure their employability.

You might think that this is obvious. Yet the sad fact is that many of the world’s educational institutions do little to cultivate these skills, and persist with a much more traditional curriculum. One reason is that these skills are often best learned in very different ways to traditional schooling: through working on real-life projects and working in teams rather than alone.

Against this backdrop of surprising inertia, the better news is that influential organisations are beginning to recognize just how much education may need to change for an age of automation. The Organization of Economic Co-operation and Development’s (OECD) Programme for International Student Assessment (PISA) scores have had a huge influence on educators in recent years with their rankings of math, science and reading. The rankings showed countries including Finland, South Korea and Singapore as well as cities like Shanghai, excelling.

In November 2017, the OECD released the first measurements of something very different: how well children collaborate together to solve problems. The OECD did so because they believe that these skills will matter as much to countries’ future prosperity as excellence in maths or science. Some countries, like Singapore and Finland, did well again. But others, like China, that did well in math, performed much worse on these problem-solving skills.

The changes to jobs are unlikely to be a sudden shock or a tsunami. They’re better understood as more like climate change, they will be slow and steady, but relentless. This means we have time to adjust.

But whether you are a student, parent or just a concerned citizen, there are few things more important now than ensuring that educators stay ahead of the curve. The future can never be predicted with certainty. But we know enough to act, and change, now. Geoff Mulgan is Chief Executive of Nesta, and has been in post since 2011. Between 1997 and 2004 Geoff had various roles in the UK government including director of the Government’s Strategy Unit and head of policy in the Prime Minister’s office under Tony Blair. Before that he was the founder and director of the think-tank Demos. He has also been Chief Adviser to Gordon Brown MP; a lecturer in telecommunications; an investment executive; and a reporter on BBC TV and radio. He is an adviser to many governments around the world. From 2013-16, under Mayor Boris Johnson, he was co-chair of the London Enterprise Panel committee responsible for science and technology in London. He has been a visiting professor at LSE, UCL, Melbourne University and from 2015-2018 a senior visiting scholar at Harvard University, in the Ash Center at the Kennedy School.