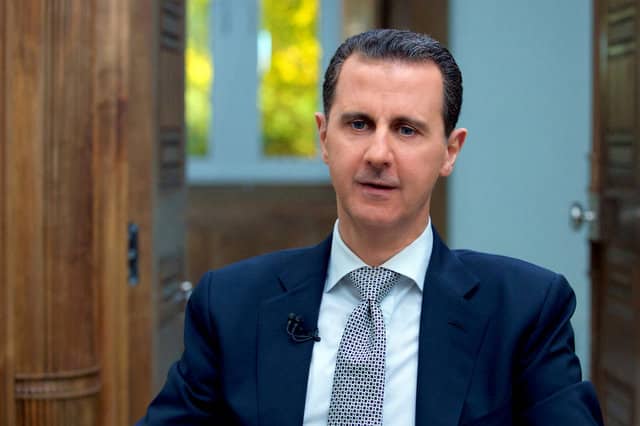 A Syrian government delegation will arrive in Geneva on Wednesday, a day later than expected, to attend peace talks being held there this week, Syrian state news agency Sana said.

The delegation had delayed its planned departure for the talks, which begin on Tuesday, because of the opposition’s insistence that Syrian President Bashar al-Assad step down.

The United Nations Special Envoy for Syria, Staffan de Mistura, said the government and opposition would have a chance to negotiate directly for the first time, but it was not clear if they would choose to do so.

“We are going to offer it. We will see if this takes place. But we will be offering that,” he said after meeting the opposition delegation.

“At least we know that they are coming,” she said, declining to give details on who transmitted the message from Damascus.

De Mistura said the government had accepted a Russian suggestion of a ceasefire in the besieged rebel-held enclave of Eastern Ghouta near Damascus. Bombardment on the area killed three people on Tuesday, a war monitor said earlier.

A delegation from the newly-unified Syrian opposition, which arrived in the Swiss city on Monday, is due to hold a first meeting with de Mistura later on Tuesday, she said.

In an emailed statement, the opposition negotiating committee said it was ready to meet the government side.

“It (the government) no longer has the pretext that the opposition is fragmented. We are one. We are ready to negotiate directly with the other side,” said Yahya Aridi, the head of the negotiation committee.

Earlier, the pro-Damascus Syrian newspaper al-Watan reported that the Syrian government delegation to an eighth round of peace talks in Geneva this week has not yet left Damascus.

It had reported on Monday that the delay was because of the opposition’s insistence that Assad step down, which he has refused to do.

Nasr Hariri, head of the opposition delegation, told a Geneva news conference on Monday night that he is aiming for Assad’s removal as a result of negotiations.

A breakthrough in the talks is seen as unlikely as Assad and his allies push for total military victory in Syria‘s civil war, now in its seventh year, and his opponents stick by their demand he leave power.