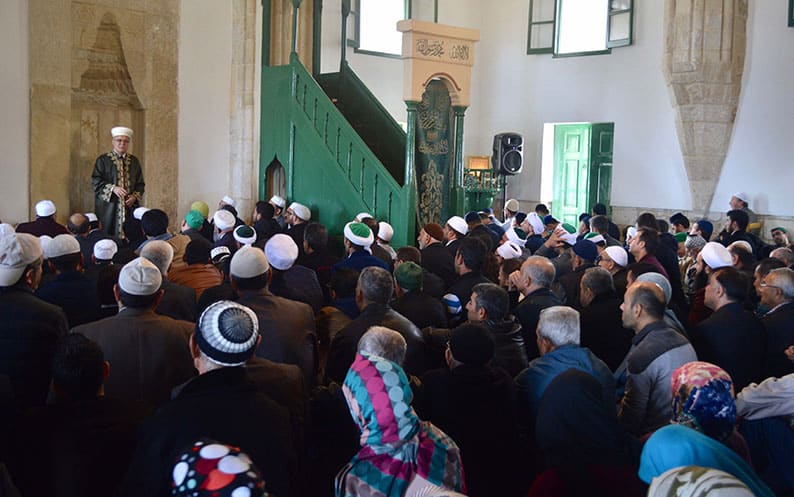 Pilgrims at the Hala Sultan mosque in Larnaca

Around 950 people travelled from the north on Wednesday on a pilgrimage to the Hala Sultan mosque in Larnaca on the occasion of the Mawlid-al Nabi, the birthday of prophet Muhammad.

The pilgrimage was organised and led by the Mufti of Cyprus, Talip Atalay, coordinated by the Office of the Religious Track of the Cyprus Peace Process (RTCYPP) and facilitated by UNFICYP and the UN Police.

This was the 11th pilgrimage since 2014, and the third in 2017 arranged as part of the agreement of the RTCYPP that facilitates the dialogue between the religious leaders of the island. To this date 9,500 pilgrims have been able to cross and pray at Hala Sultan Tekke through this special arrangement.