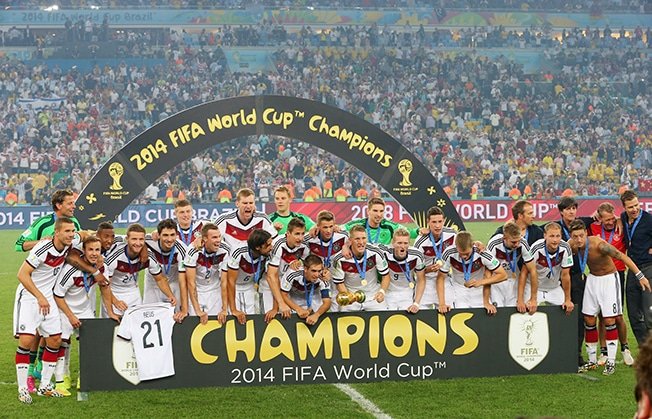 World champions Germany expect nothing less than a fifth World Cup triumph in Russia next year, with coach Joachim Loew pointing to an abundance of player choices as his main weapon.

The Germans are reaping the healthy rewards of their 15-year-old youth investment plan with more than three dozen high-calibre contenders vying for a place in Loew’s World Cup squad.

His team no longer depends solely on a spine of 2014 World Cup winners such as Manuel Neuer, Toni Kroos, Mats Hummels, Sami Khedira and Thomas Mueller.

Having rested many of those stalwarts for next year’s tournament, a second-string Germany oozed class as they won the Confederations Cup in July to stake claims for inclusion in the World Cup squad heading to Russia a year later.

With young guns, including Timo Werner, Joshua Kimmich, Emre Can and Leroy Sane earning regular starts along with players like Lars Stindl and Sandro Wagner, the Germans also recorded a perfect qualification campaign with 10 wins in as many games.

They have also notched a 21-game unbeaten run since their Euro 2016 semi-final defeat to France.

“Only we as world champions have something to lose in Russia,” Loew said. “We have a very big goal and that is to defend the title.”

Loew, in charge since 2006, had always wanted at least two equally skilled players for each position and he is guaranteed that wish for next year.

First choice keeper Neuer will be back from injury early next year but even without him, Loew has top options with Paris St Germain’s Kevin Trapp and Barcelona’s Marc Andre ter Stegen among others.

His backline is equally crowded with talent, with Joshua Kimmich quickly emerging as retired Philipp Lahm’s successor in the rightback position, albeit with an attacking edge.

Germany’s midfield reads like a “Who’s Who” of top European football with a dozen players, including rising star Leon Goretzka as well as Ilkay Guendogan, back from injury, vying for half those spots.

The 21-year-old Werner will lead the attack with the striker having pushed past Mario Gomez in the pecking order, with seven goals in 10 internationals as Germany set out to become the first team to retain the title since Brazil in 1962.

Wild Cyprus plant among those in UK research project

The ALPHAMEGA Hypermarkets and MITSIDES flour bake sweet recipes for ‘One Dream, One Wish’