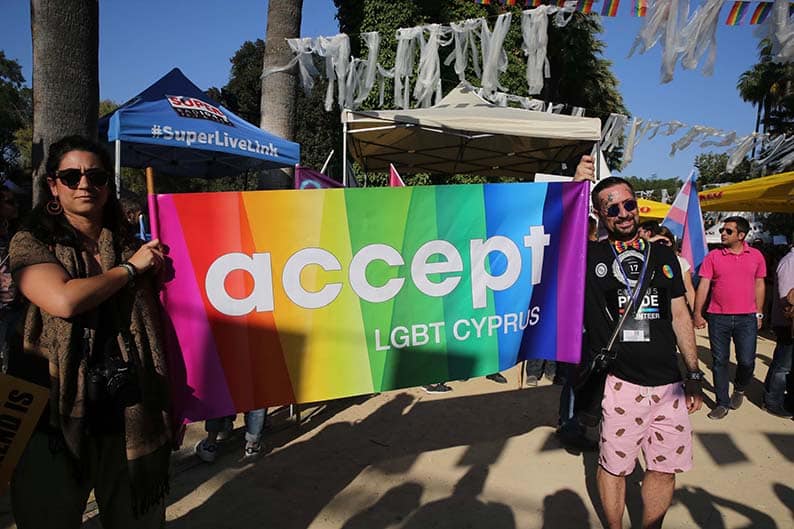 President Nicos Anastasiades met on Thursday with a delegation of Accept LGBT Cyprus to discuss issues concerning the community, including gender recognition, discrimination in the work place and homophobic and transphobic rhetoric.
The group expressed hope that a bill on gender recognition which would allow transsexuals to choose their gender would be completed by the end of the year. The bill is being prepared with the help of experts from the Council of Europe.
Accept LGBT chairman, Costas Gavrielides, said that gender recognition is the most pressing matter and that the group met with Justice Minister Ionas Nicolaou last month to discuss the new bill.
As regards discrimination in the work place, Gavrielides said that important steps must be taken on behalf of the government and trade unions to address the issue.
The group also told Anastasiades that amendments are necessary on the law concerning homophobic and transphobic rhetoric. Gavrielides said they discussed with the president the refusal of the attorney-general to take a stance on Archbishop Chrysostomos’ comments last year that he would tell school children that homosexuality was a sin and unnatural and that one ought to struggle to overcome it.
Accept had lodged an official complaint against Chrysostomos with the attorney-general for promoting hatred based on sexual orientation or gender identity, which was dismissed last May. The attorney-general found that Chrysostomos’ remarks, while ‘intense’, were not directed at a particular group based on their ethnic background or religion.
Gavrielides expressed his satisfaction that Anastasiades appears to have in mind the problems faced by the island’s LGBT community. He said that the president gave them reassurances on the actions the government is to take on these issues, following the elections.
Earlier in the week Accept met with presidential candidate Stavros Malas.

Wild Cyprus plant among those in UK research project