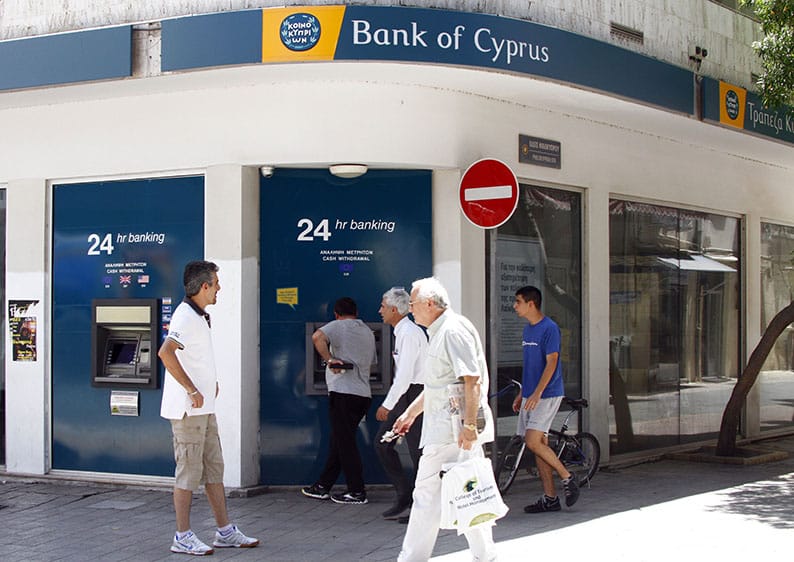 WHEN we invest in the stocks of a company, regardless of it size, we should bear in mind that we are exposing ourselves to at least some risk. This risk can be big if for example a company is new and its prospects of viability or profitability are uncertain, or very small if we are talking about a huge company with years of profitability.

Usually, investors prefer to buy the stocks in companies with low risk. This is why companies whose profit prospects are uncertain raise capital by offering high interest rates to investors. This reality is encapsulated in the economic dictum “high risk, high gain”.

In the light of the above, it is difficult for anyone to comprehend why the Association of Bank Bondholders expect the Cyprus Republic to compensate its members. The association’s demand that the taxpayer compensates members who lost money on a relatively high-risk investment violates every notion of sound management by the government.

Without a doubt, there were cases of individuals falling victim to bank ‘advisors’ in deciding to turn their bank deposits into bonds and being led to believe these were equally safe, but this is an issue between the deceived investors and the banks. It has nothing to do with the taxpayers. On what grounds should the government, and indirectly the taxpayer, become involved?

If bank bondholders are entitled to compensation because of inadequate supervision of the banks by the Central Bank – the state’s bank and supervisory authority – shouldn’t the shareholders of Laiki and Bank of Cyprus also be eligible for compensation? The conclusion is that compensation should be paid by the banks, not by the government, and only to people who can prove they were deceived.

The bailed-in depositors of Laiki and Bank of Cyprus were sacrificed to save the banking sector and the economy from total collapse in 2013. They were the victims of the recklessly opportunistic behaviour of the administrations of the two systemic banks. Violating every principle of banking, the administrations of these banks essentially bet their customers’ deposits on the roulette table and lost.

Contrary to all logic, they invested billions in Greek government bonds at a time when respected newspapers like the Financial Times and Wall Street Journal were warning that a haircut of Greece’s government debt was inevitable. This gambling was the root cause of the collapse of the banks. Ethically, the Bank of Cyprus, which absorbed Laiki, has the moral obligation to compensate the bailed-in depositors, because it was the bank that rendered the haircut of deposits obligatory to avoid an uncontrolled bankruptcy.

No wonder, given these circumstances, so many were surprised to hear the finance ministry urging the legislature to approve – as a first step – the supplementary bill for €25 million for the creation of a reserve in the National Solidarity Fund. In other words, it is an attempt to turn the bail-in into a bailout, something totally unacceptable for the taxpayer who is being called to pay for the sins of the banks.

As an economist, I would like to propose a way of fully compensating the bailed-in depositors by the Bank of Cyprus that is in line with logic and a sense of justice. This could take place as soon as the non-performing loans are reduced from the current 45 per cent to 20 per cent of the loan portfolio, which is expected to happen in 2019. The total value of the deposits’ haircut was €5.8 billion. The bank could issue bonds of a total value of €5.8 billion that could be distributed among the bailed-in depositors in accordance to what each lost in the haircut. These bonds will not have a maturity date but would be perpetual (also known as undated) bonds that could be sold in the secondary market.

The perpetual bond is nothing new. Many banks in many countries, especially in India, have issued such bonds to raise capital. Bearing in mind the interest rates prevailing today and estimating that the recovery course of the banking sector will continue with a marked improvement in bank capitalisation, then it would be possible for the interest on these bonds to be about 2 per cent and exempt from any taxation.

In short, the Bank of Cyprus would initially pay annual interest of about €100 million. Meanwhile, the debt and interest owed by the bank would keep decreasing in real terms because of inflation and in nominal terms as the bank’s objective would be to buy back the bonds from the secondary market. It goes without saying that the bank would do this in accordance with its profitability and would have a time-frame of a few decades – but perhaps even 60 to 70 years – to see it through.

This may be a long time period but a bank is immortal if it does not merge with another, or does not turn into… a casino. There are banks in existence today that were established 300 to 400 years ago, like Sweden’s Riksbank (1668) and Britain’s Barclays (1736).

It is said that all banks suffer from amnesia (of the malignant type) when it comes to the suffering of their customers. The Bank of Cyprus is urged to prove this wrong.

Beyond the hype, the hazards of electric vehicles

Gardening: A time to take stock