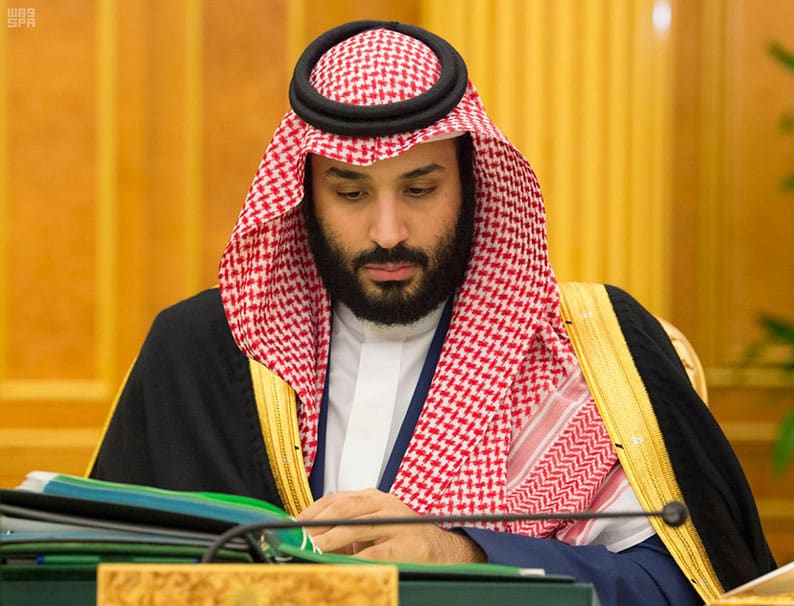 The past month has witnessed momentous developments in the tragic course of west Asian politics.

Within the space of a mere 10 hours the Lebanese Prime Minister Sa’ad Hariri offered his resignation in a televised speech in Saudi Arabia to be followed, only hours later, by the Houthis in Yemen firing two rockets on the capital of Saudi Arabia, Riyadh. And then there was the sudden arrest and detainment of a considerable number of Saudi royal family members as well as senior figures in the country all on corruption charges.

In parallel, on the Syrian diplomatic front there were also notable developments. President Putin of Russia, Erdogan of Turkey and Rohani of Iran gathered in Sochi, Russia to discuss the country’s continuing civil war. The trilateral meeting came after a visit to Moscow by the Syrian leader Bashar al-Assad and a long telephone conversation between the US and Russian presidents. Israeli Prime Minister Benjamin Netanyahu was also kept informed by Putin on his meeting with Bashar Assad.

Now the Lebanese prime minister has at the request of the country’s president rescinded his resignation but the move has somewhat put the country’s politically powerful and militarily strong Hezbollah on the defensive. Hassan Nasrollah, the leader of the group, has found it necessary to defend his organisation and the goals for which they strive i.e. the continuing fight against Israel.

The politically ill-timed rockets by the Houthis aimed at Riyadh have also afforded more political fire-power for the Saudis’ continuing war against them. Domestically the purge of the top echelon of the Saudi Arabian elite may also aid the young Prince Mohammed bin Salman in his ambitions to start a new proactive role in his country’s politics. Coupled with the new laws offering greater freedom to women the prince might have paved the way to succeed King Salman as a progressive, forward looking and strong leader for the Saudis.

President Trump’s seemingly diminished role in Syria may suggest a behind-the-scenes understanding reached between Washington and Moscow. Away from the watchful eyes of an intrusive media, eager to find any Kremlin-related ammunition to fire at his administration, the US leader may have found a way to reach a tacit agreement with his Russian counterpart.

Less than one year into his presidency Donald Trump may feel a sense of achievement with Isis disappearing as a potent force in the region. With the quiet shift in the re-alignment of forces inside Syria whilst accepting a role for Russia in the war-torn country, the US policy makers may also be reservedly nudging, albeit passively, the Syrian tragedy closer to a diplomatic solution. Such an agreement, if ever arrived at, will reportedly not be as welcoming to the interests of Iranians who have been offering much support – and at great pains – to maintain the government in Damascus throughout the crisis. Whatever the case, however, there now seems to be more movement, and not just motion, on the Syrian front than in the past five years.

Lebanon, as ever the mirror of the entire region, will probably experience even greater tension with the potential for a full scale war that will directly involve Israel and other regional countries by proxy. The reported progress of the Saudi-led forces in Yemen can make the Lebanese arena all the more important in the violent rivalry for regional ascendancy. Tel Aviv will in all likelihood seize the opportunity, given the chance, to take the military measures it considers necessary for its protection and survival. Should the conflict in Lebanon go very much against Hezbollah and if, as reports indicate, developments in Syria prove unfavourable to Tehran then the Iranian government may resort to do what it can in Iraq against the United States and its interests.

Undoubtedly the region is going through a very dramatic phase in its history. There are projected shifts in the balance of power with an uncertain outcome.

As things stand Saudi Arabia appears to have the full support of the White House and is believed to have reached a tacit understanding with the Kremlin. Its Arab partners, bar Qatar, all seem to support its position in the crises that have bedeviled west Asia and north Africa.

Iran on the other hand appears to enjoy the backing of Moscow but certainly it suffers from a very hostile administration in Washington. Qatar, Turkey and Iraq are the three countries Tehran can, to varying degrees, expect some measure of support but only as long as the fast-changing circumstances permit. The Islamic Republic’s much-hoped-for corridor to the Mediterranean Sea that would run across northern Iraq, Syria and then Lebanon may still be some way off on the regional political chart.

Glimmer of hope for Cyprus to export its gas to Egypt